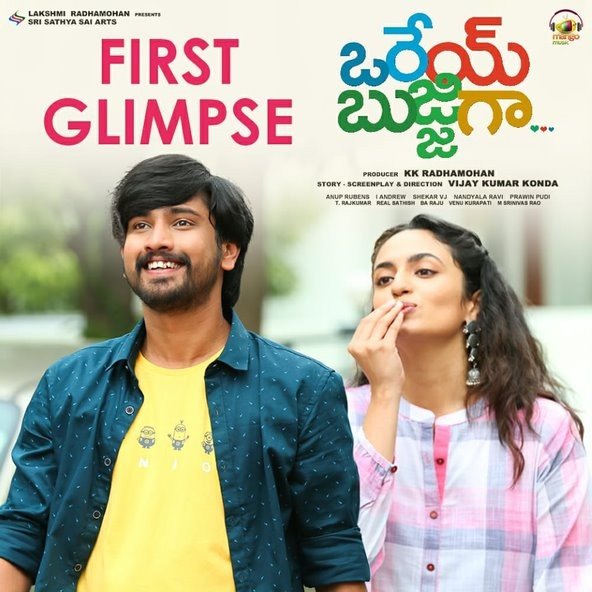 A girl & a boy from the same village escape on the same day in the same train to evade their marriage. Have they planned the escape or is it a coincidence? What happens after the escape is the story to watch.

Malavika Nair (Krishnaveni) and Raj Tarun (Bujjigadu aka Seenu) are from the same village. Around the same time their marriages get fixed (of course with different persons). Both don’t like marriage and escape to Hyderabad on the same train on the same day leaving people to assume that both are in love and have eloped. In the meanwhile, two become friends but hide their identities. As time passes Bujigadu loves Sujana (Hebah Patel) and Kishnaveni develops anger on Bujjigadu for the unwanted rumour spread against them. Aware of the rumour Bujjigadu tries to bring back Krishnaveni to the village as promised to his mother. Why Sujana leaves him and how Krishnaveni and Bujjigadu fall in love and clear the air in the village is the story.

Extremely weak screenplay and very routine comedy. Adding more woes to these is the unconvincing emotional climax. The director Vijay Kumar Konda has cooked up the story in a hurry besides falsely hoping that audience will ignore this fact with an overdose of comedy. Bujji's acts to hide his identity from Krishnaveni are utterly unconvincing.

Performance wise, Malavika is seen everywhere and is the only good part to watch the movie. Raj Tarun has once again been himself but this time has risked more with action spells. Hebah Patel’s character looks mean and has little scope to do anything. Even Vani Vishwanath who appeared after a long time shares no good screen space.

A movie with no logic and magic of comedy.