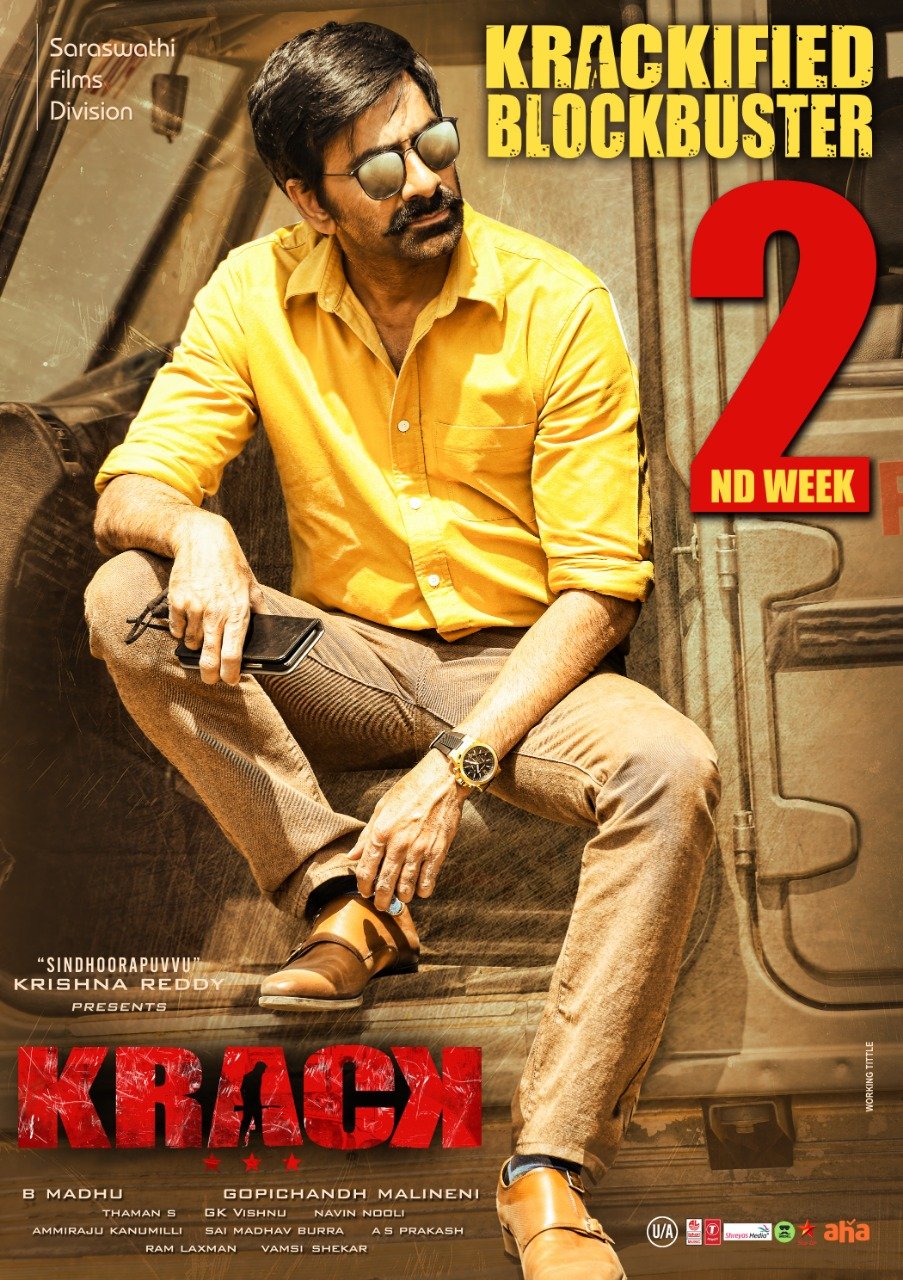 Pothuraju Veera Shankar (Ravi Teja) is a headstrong circle inspector from the Andhra region who is averse to hear the word ‘background'. Using his signature policing style, he brings down the local goons throughout his postings in his career. Shankar gets appointed in Ongole, where he comes across Katari (Samuthirakani), a local goon, who commits a spine-chilling murder and outrages Shankar. The rivalry between Pothuraju Veera Shankar and Katari becomes worse and their clash to regain supremacy is what Krackis all about.

Ravi Teja and Shruthi Haasan starrer Krack have been a pakka mass commercial entertainer in theatre.

Cop dramas always have ferocious policing and this film is no exception. Director Gopichand Malineni successfully managed to add fresh elements. The love-line in the script between the married couple is written well.

Jayamma (Varalaxmi Sarathkumar) as a brutal woman on the screen was splendidly showcased, hard to find an antagonist like her in Telugu cinema. The villain in the movie Katari has a special track in the movie that explains why the adversary is no less than a protagonist in this film. Fights and mass dialogues were scripted close to Ravi Teja. The ferocious Vetapalem gang, who drink the blood of donkeys to keep the cruelty in them alive. Gopichand had extensively researched the characters in the script and also used his own experience from the region very well.

The climax fight is shot well and the action sequences are top-notch. The only little setback is that Ravi Teja's trademark comedy scenes are missing. More than his songs, Thaman once proves that he can amp up scenes on-screen with his background music.

Despite very little time on-screen, Shruthi Haasan’s is utilized well. Samuthirakani as the main villain proved his antics are on point. The rest of the cast did their job well.

A perfect movie to start your theatrical movie watching journey.