Telugu 26th Feb, 2021 A 1h 48min Drama, Thriller
JD Chakravarthy who is known for his versatility as an actor came up with a crime thriller 'MMOF' this time. Directed by Yen. S. Cee, Akshatha Srinivas played the female lead in the film which got released on February 26th, 2021.
CRITIC 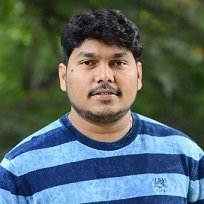 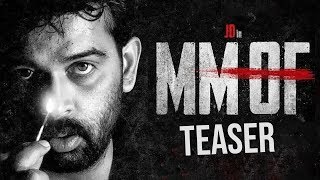 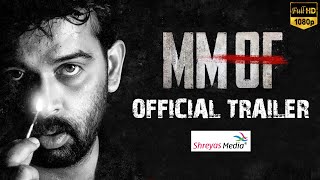 JD Chakravarthy who has impressed the audience with various kinds of roles is going to appear in yet another unique role in this film. The title MMOF – 70 MM has increased the buzz around the film and the trailers sure raised the expectations. The film carried a decent pre-release buzz which gave a good start for the film at the box office.

The promos themselves revealed that the movie is going to have an interesting and never-seen-before kind of concept which increased the hype around the flick. JD Chakravarthy is in need of a proper hit at the box office whereas the rest of the actors and crew also pinned their hopes on this film.

Deepak (JD Chakravarthy) is a soft-spoken common man who runs a theatre business. Because of his father's debts, Deepak gets bankrupted and the theatre is the only thing left in his life. To clear the debts, he also starts playing adult movies in his theatre. But, some of the people who came to watch a film movie ended up dying mysteriously. What happened to them? How Deepak got out of his problems? forms the crux of the story.

The film has a unique plot which is the biggest plus point but the lack of proper narration made it quite underwhelming for the viewers. The first ten minutes of the movie are engrossing but the unnecessary scenes spoils the interest. The interval scene came out well. Despite having an intriguing story, the bad screenplay ruined the major part of the film.

Coming to the technical aspects, Sai Karthik’s captivating tunes are one of the gripping factors that will keep the audience hooked. Even the background music is also impressive. Cinematography by Garuda Vega is good and he gave some decent visuals for the film. Dialogues are well-written especially JD Chakravarthy's dialogues are really good.

JD Chakravarthy is the show-stealer in the film and he has justified his role with his acting. Noted actor Benerjee also impressed with performance in the film. His character has a lot of scope for performance and he pulled off his role with ease. Akshita Mudgal did a good job in essaying her role. Kiraak RP and Chammak Chandra's scenes are funny and added light-hearted comedy to the film. Sai Akshatha is worth appreciating.

'MMOF – 70 MM' is a worth watching film with a simple yet decent story, commercial elements in a new style, and splendid music.

JD Chakravarthy who is known for his versatility as an actor came up with a crime thriller 'MMOF' this time. Directed by Yen. S. Cee, Akshatha Srinivas played the female lead in the film which got released on February 26th, 2021.