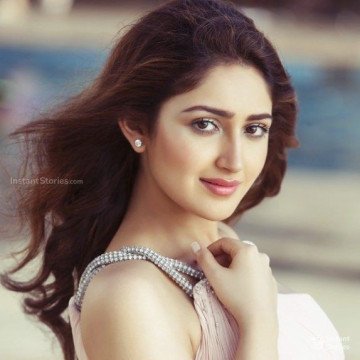 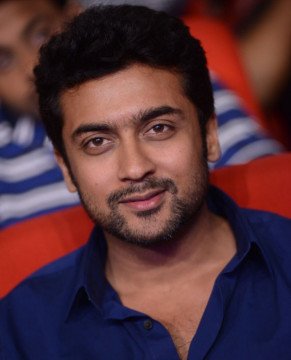 as Akhil Varma, Son of PM 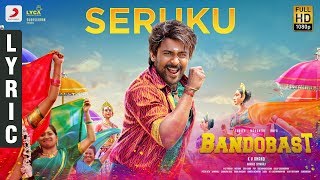 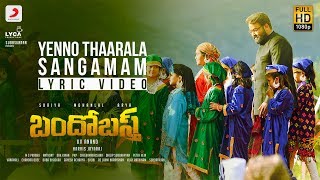 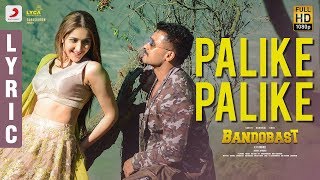 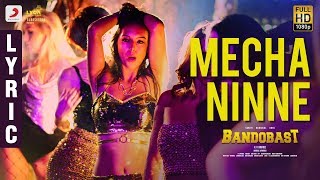 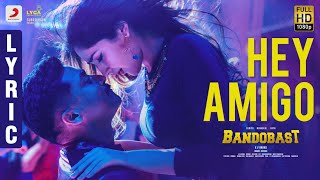 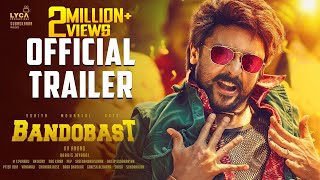 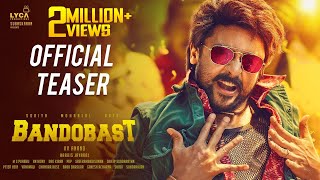 A Special Protection Group officer has to identify the threat to the prime minister, who he is protecting, and also the nation.

Story: A Special Protection Group officer who is in-charge of security of the Prime Minister, has to identify a grave threat to the PM as well as the nation Review: At the outset, Bandobast looks and feels like a typical patriotic film that Vijayakanth and Arjun had regularly made in the 90s. It begins with an assassination attempt on the Indian Prime Minister Chandrakanth Varma's (Mohanlal, who is made to spout reams of nationalistic dialogue that hardly strike a chord) life. We are then introduced to Kathir (Suriya), an intelligence officer who doubles up as a farmer, and is trying to track down the threat to the PM. However, unlike Vijayakant and Arjun’s films, Bandobast often tends to deviate from its mission and ends up frustrating the viewer. One minute there’s action, then suddenly there’s romance and then there’s a social message thrown in. Rather than building up the suspense, the script deflates it. The first half fares relatively better as we get to see the various players involved and their motives (some evident, some hidden) - Anjali (Sayyeshaa), the press secretary whose father was a victim during the opening assassination attempt; Abhishek (Arya), the seemingly playful son of the PM; Mahadev (Boman Irani), the multi-millionaire who sort-of runs the government; Kathir's SPG teammates (Samuthirakani, Prem, Kiran), one of whom could be a mole; and the mysterious assassin (Chirag Jani), who seems to have eyes everywhere. But things begin to go downhill soon after the interval block and Bandobast turns into a predictable fare. The part where it touches on themes like the plight of the farmers and corporate greed – it becomes a clichéd, routine fare. Some of the elements seem to have been taken straight out of Mahesh Babu’s recent films, Bharat Ane Nenu (Abhishek's press conference) and Maharishi (the farming bits). There is a certain pulpy quality to KV Anand's films and even those aspects, like the angle involving bio warfare conducted through locusts, feel underwhelming. By the time the film reaches its ineffective climax, we begin to wish for Vijayakant and Arjun to come and rescue us.

Suriya’s Bandobast needs to click at any cost as he has been only giving big flops in the past. The action entertainer which is directed by K V Anand has hit the screens today. Let’s see how it is. Story : Prime Minister Chandrakant Varma(Mohan Lal) is a sincere politician who always does good things for the people of the country. On the other hand, Ravi Kishore(Suriya) is an enigmatic officer who helps the PM in all his coveted operation and becomes close to him. As time passes by, the PM gets killed in a crazy military attack and things turn upside down. Who has killed the PM? What will Ravi Kishore do to find the culprits? Who is actually behind all this? To know the answer, you need to watch the film on a big screen. Plus Points : When it comes to playing cop roles, Suriya always gives his best and in Bandobast too, he has done a superb job and looks fit in his role. Be it the action sequences or the emotional outburst, he showcases it perfectly. Mohan Lal is the biggest asset of the film and his act as the PM of the country is just amazing. He brings a lot of depth to the role and gives a whole new dimension to the film. Sayyesha Saigal looks pretty and shares good chemistry with Suriya. She dances well in the songs. Arya is perfect in his key role and did what was expected from him. Boman Irani and Samudrakani were decent in their key supporting roles in the film. The interval bang of the film is the biggest highlight and sets the film up for a good second half. The climax of the film is also handled well. Some scenes related to the PM’s murder and the way the Suriya gets involved and investigation done, are pretty good and have been showcased well. Minus Points : Even though the story looks good on paper, the treatment of the film on screen is not that impressive. There are many scenes in the second half which have been dragged unnecessarily for no reason and they side track the film. The film starts with a confusing note as many would not understand in detail as to which character is doing what. The love story between Suriya and Sayyesha is weak and derails the flow of the film. Whenever they appear on the screen, the audience’ attention gets deviated. The second half becomes a lot slower when compared to the first. This is the time where the film lacks a lot of commercial aspects which work against the film. Too many cinematic liberties have been taken which appear as loopholes in the film. Technical Aspects : Camerawork by M S Prabhu is just outstanding and elevates the action sequences to another level altogether. Music by Harris Jayraj is bad but his BGM for all the action sequences is top-notch. Editing is just about okay and so was the production design. Telugu dubbing was decent enough. Production values of the film are top-notch. Coming to the director K V Anand, he has done just an ordinary job with the film. He shot the thrills and some suspense elements well but the rest of his screenplay and narration were just ordinary. If he would have narrated the film in a more crisp manner, things would have been even better. Verdict : On the whole, Bandobast is a political action drama which works strictly in parts. The political angle, action thrills, and performances from Suriya and Mohan Lal are a major boost to the film. But the lengthy runtime, too many cinematic liberties, and boring romantic episodes sidetrack the film and make it a below-average watch this weekend. Watch it only for the action and thrills.

'Bandobast', starring Suriya in the lead, hit the screens this Friday. Here is our review of the latest box-office release. Story Ravi Kishore (Suriya) is part of the Special Protection Group of the Indian Prime Minister Chandrakant Varma (Mohanlal). Along with Joseph (Samuthirakani), he protects the PM from all sorts of threats. However, despite his best efforts, a terrible security incident happens. After this, it's time for the unravelling of a series of incidents that have everything to do with a web of deceit, lies and corporate power. Abhishek Varma (Arya) plays the PM's son, while Mahadev (Boman Irani) is an industrialist whom the PM apparently respects. How the various threads are woven together into a political thriller is what 'Bandobast' is all about. Analysis Titled 'Kaappaan' in Tamil, 'Bandobast' is mainly in the mould of a thriller. Is it a political thriller? Yes, at one level. But it's more like a spy thriller where secret identities, double agents and secret operations abound. Writer-director KV Anand makes this universe revolve around political heavyweights. What is exciting about the film, at least on paper? There is a Prime Minister, a good one at that. There is an all-powerful industrialist, who maintains healthy relations with the PM. There is our hero, who is an organic farmer, a security expert and a cross-pollination exponent all rolled into one. There is this young son of the PM who can speak casually with even the Ambassador of Pakistan and joke when his father survives an assassination bid! Frankly, there are enough reasons to believe that these characters and their motivations would give rise to an edge-of-the-seat experience. Despite its exciting premise, the film fizzles out, especially in the second half. The security of India's most powerful man is treated as a joke. It's as if India is a failed state like Pakistan where anything can happen to the PM. All hell keeps breaking loose but only one person is trusted to keep things under control: the hero. Suriya's character is alluring for the most part. However, with a substantial story around him, things would have been good. There are too many cinematic liberties and it becomes too much to take after a point. We see him talk about natural farming more than take care of the PM's security, which is the sole reason he is there with the country's leader. Just to show that farmers are ignored, the director makes the hero a farmer who is invested in Natural Farming methods. Elements as different as atomic energy, biowar and illegal export of minerals are smuggled into the screenplay but none of them go into making it edgy. While it was expected that the second half might take off and move on a racy note, it gets way too routine, with Boman Irani and Chirag Jani making moves that are easily predictable. There are numerous logical issues as well, and the behaviour of the characters played by Arya and Sayyeshaa is not that convincing. While the passable first-half gains momentum during the interval block, the second half should have been far less confusing. The movie has it all - a terror element, betrayal from closed ones, personal losses, a mighty protagonist who could take on anyone and destroy evils. However, in the era of technological advancements, the film typically has a 90s treatment. Suriya looks stunning in the multi-dimensional; his fit physique makes the action sequences believable. He is as lovable as he can be. The charming actor displays his emoting skills in key scenes. Mollywood superstar and Complete Actor Mohanlal is majestic as the PM and delivers a rather subtle performance in a short yet effective role. Arya as the typical happy-go-lucky guy is convincing. Sayyeshaa (of 'Akhil' fame) gets to romance Suriya and be present in several important sequences. Samuthirakani is adequate and his scenes with Suriya are good, while the rest of the cast including Prem and Nagineedu are cast in usual roles. Boman Irani is menacing here and there but he could have been better. Chirag Jani joins the list of yet another Hindi import villain. Harris Jayaraj's background score is imaginative at times. MS Prabhu's cinematography captures the rich visuals. The action episodes are effective. The visuals are slick and the frames look charming. Lyca Productions gets the production values right by pooling in the right talent. Verdict: 'Bandobast' wants to be a thriller while taking too many cinematic liberties at will. Had the screenplay been tight, there would have been both thrills and edge-of-the-seat moments. Production values are rich and efficient.