''Motherhood: All love begins and ends there'' - Robert Browning

A Mother's contribution to one's life cannot be celebrated in a day or two. But to commemorate their value and presence, we celebrate Mothers Day. This auspicious day gives all mothers an opportunity that makes them feel proud of who they are and how much weight their very existence carries in our lives. Only a mother who is patient enough to listen to all our whims, love us unconditionally till their very last breath, defend us in our difficulties and make us realize our mistakes, and the only constant factor in our lives. Mothers do their best to make their children responsible, ethical, humane, and wise. Words fall short of describing the beauty, grace, and compassion of a mother.

It is fair enough to say that we rarely see actresses who portray the role of a mother ideally in films. But the ones who do, it's as if the audience sees their mothers in them. Some actresses do complete justice to their roles as mothers in films.

Here's a list of 6 such actresses who have mastered the art of portraying a mother on screen: 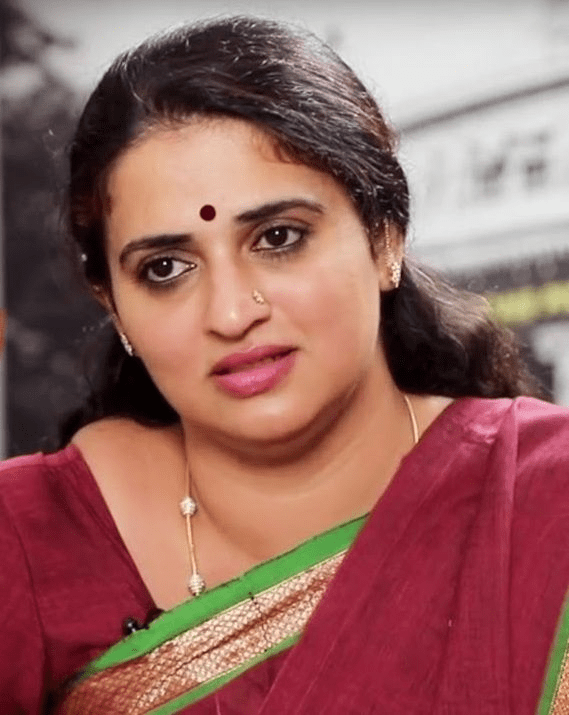 In the film Race Gurram, Pavitra Lokesh plays the role of a mother of Lucky, a quirky menace of a son, and Ram, a law-abiding police inspector. Her very presence in the film warms up the viewers' hearts as she looks after her sons with utmost care and affection. There is a scene where Ram faces a significant crisis, and everyone around him ends up despising him, but his mother is one of the only people who believe what he says and assures him that he's still on the good side. Other than this film, Pavitra Lokesh is renowned for playing an emotional, compassionate and wise mother in many movies, some of them being Malli Malli Idi Rani Roju, Pataas, and Sammohanam. Her compassion and love towards her son in this scene are excellent, go on and take a look! 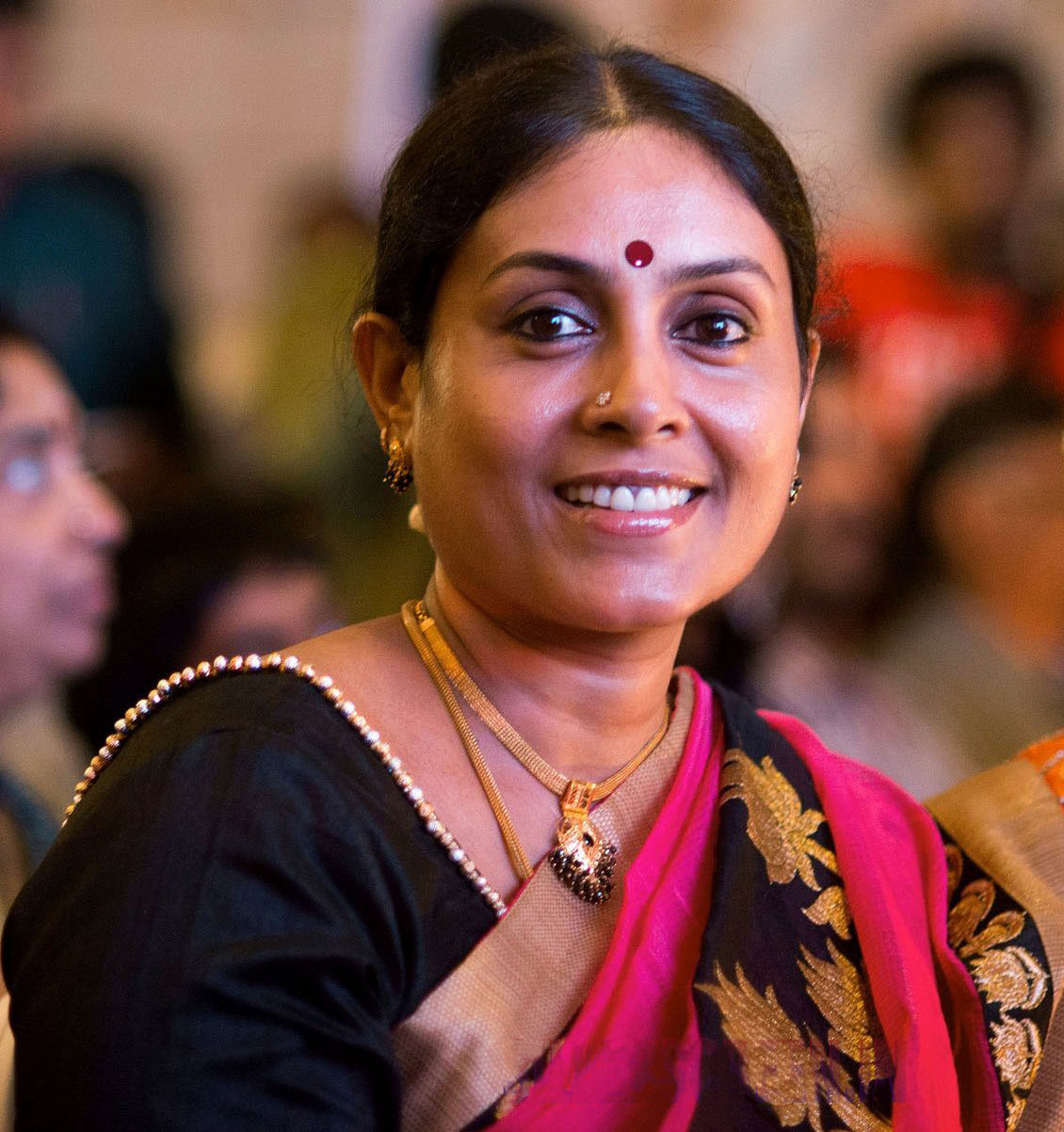 Saranya Ponvannan plays the role of Bhuvana, the mother of a civil engineering graduate, Raghuvaran. In the film, Raghuvaran initially gets into a lot of crisis which makes him a lost person. During that phase, his mother reprimands him for his mistakes and guides him towards the path of success. She used to be his partner-in-crime and supported his creative ideas without judging him for being different from others. Raghuvaran's mother is what kept him going in life throughout his difficulties. His mother's endless compassion and unconditional love nurtured him and developed his character. Saranya Ponvannan has mastered her role as a mother in this film. Her flawless acting has made the majority of the audience cry out of admiration.

Here are some clips where you can see her excellent acting as Bhuvana: 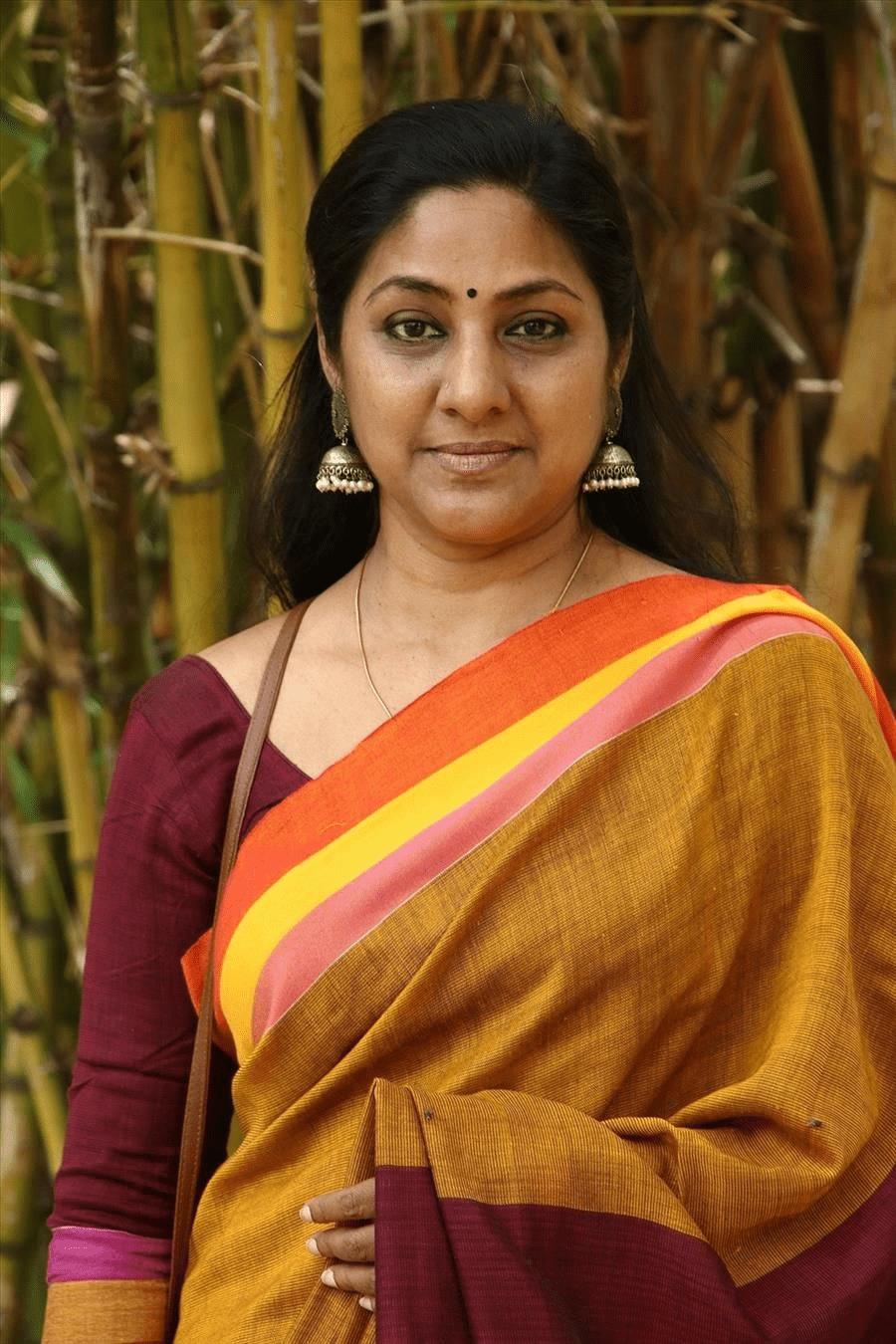 In the film Ala Modalaindi, Rohini portrays the role of Revathi, who is the mother of Gautam. There is something extraordinary about her role. Revathi is an independent, broad-minded, and smart mother who supports her son no matter what and reprimands him when he is wrong. She has a dynamic that is very hard to ignore, and many youths found themselves relating to her as their mothers are similar to Revathi too. In this film, there is a scene where Gautam's beau Nithya ends up being in his house. Later in the morning, Gautam's mother ends up being in a refreshing and pleasant conversation with her. Their indulgent conversation proves how calm, wise, and open-minded Revathi is! Rohini nailed this role and has achieved a lot of praise for the same.

Take a look at the exciting conversation between Revathi and Nithya: 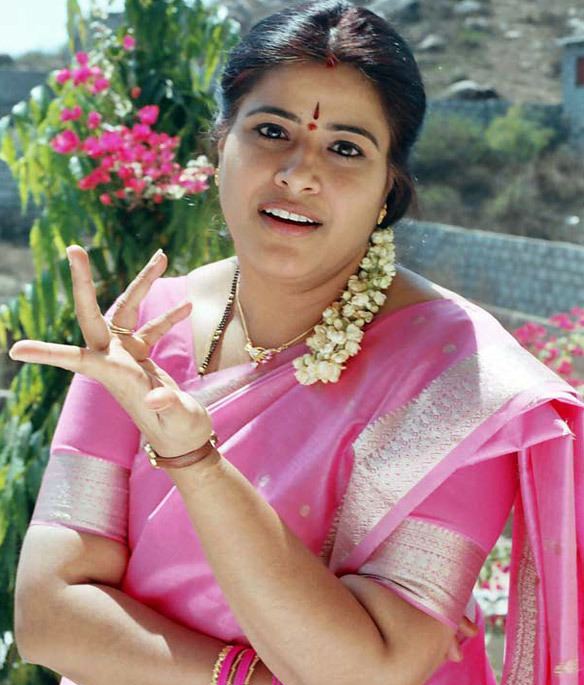 Sudha is renowned for playing mother roles in most of her films, and she does so with utmost perfection. Let's talk about her role in the movie Manasantha Nuvve. Sudha plays the role of Mohan's wife and Chanti's mother. Mohan and his wife end up adopting Chanti due to a particular incident in the railway station. Chanti's mother is a very affectionate, kind-hearted, and compassionate woman who spares no effort when it comes to the perfect upbringing of her some. It's as if this role was made especially for Sudha to play as she has done it flawlessly.

Also, it wouldn't be fair to say this is the only film where she has portrayed the role of a mother with such perfection. She contributed her best efforts in several films, some of the best ones being Athadu, Pokiri, and Manmadhudu.

Take a look at the scene where you can see how perfectly Sudha plays her role: 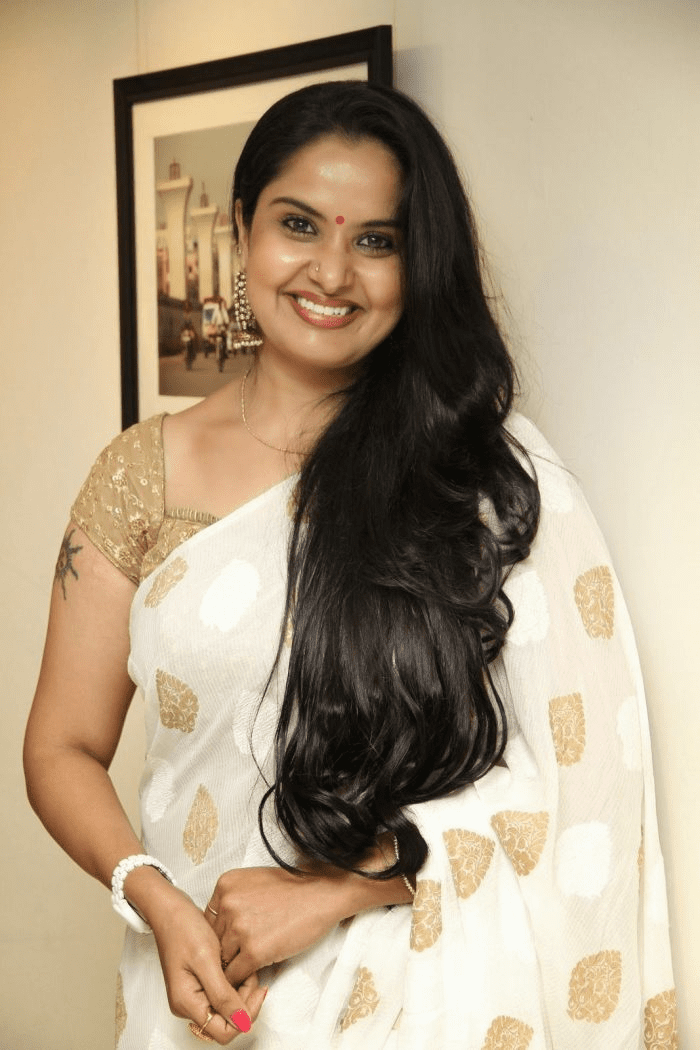 Pragathi is one of the most sought-after actresses when it comes to playing the mother role in films. Her extended versions of mother characters are something genuinely appreciable. In a few movies, her character requires her to be a sweet, loving, and affectionate mother, while other films need her to be a rigid, pragmatic, and stern mother. She also prominently plays the role of a mother who is humorous, witty, and whimsical. Most of the audience never get disappointed with Pragathi's perfect way of portraying a mother.

Here's a perfect compilation of Pragathi's vast ways of acting a mother's role: 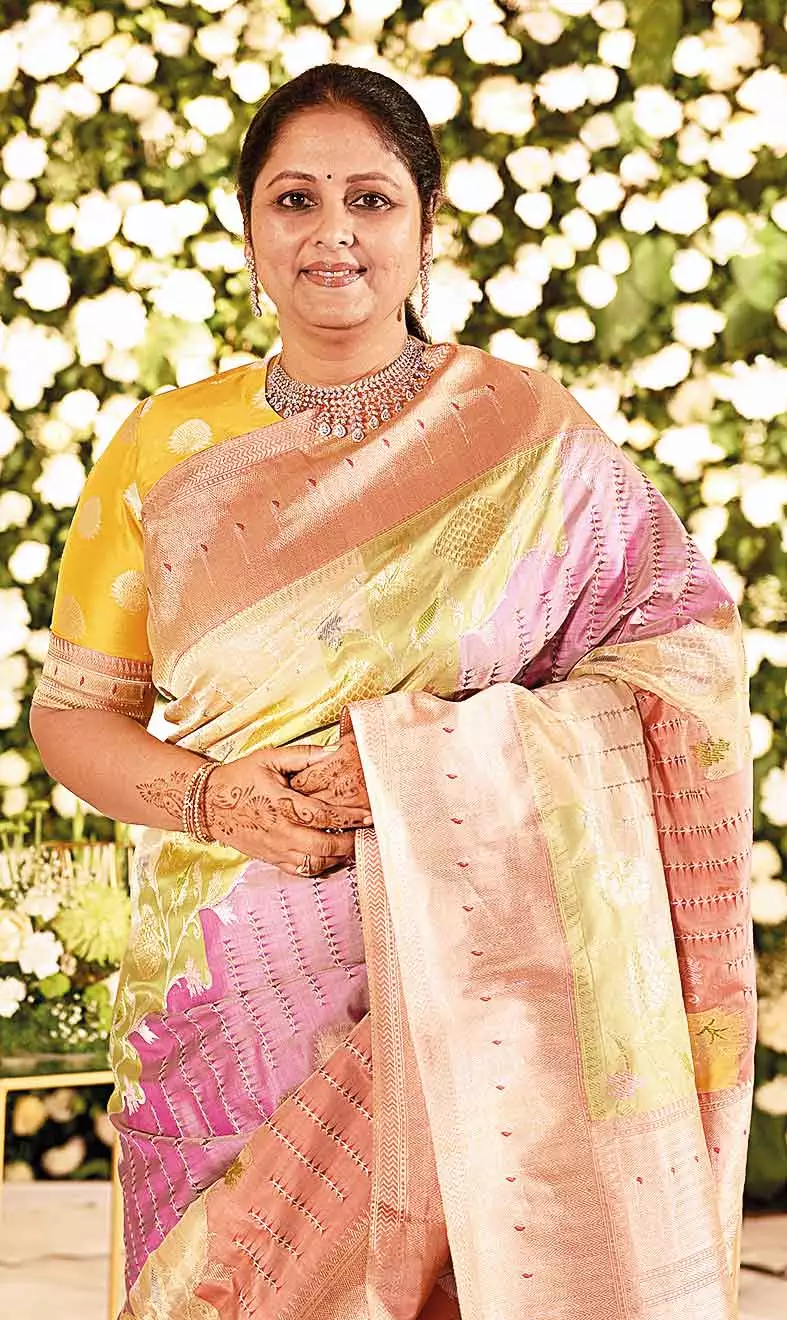 When it comes to playing the role of a mother in a film, no one can do it better than Actress Jaya Sudha. It is near to impossible when it comes to substituting Jaya Sudha with someone else. She carries a long history of playing the roles of a mother in several Tamil and Telugu films. She embodies all the precious qualities of a mother in her acting and presents it most gracefully. She also won several Filmfare Awards and Nandi Awards for her roles as a mother in various films. In an interview, Jaya Sudha revealed that she is so successful in playing mother characters in cinema. She said that whenever she plays the role of a mother in a film, she pretends that she is in her household and acts as if she is speaking to her family members. Undoubtedly, her theory of acting is truly commendable!

Here's an example where you can see how exceptional Jaya Sudha's acting is:

Being a mother in real life is one of the most challenging tasks anyone could ever imagine. Mother is a word that fills everyone with emotions. To portray such a problematic role in films and match a real-life mother's sentiment level is undoubtedly very challenging. All the actresses who play the mother character in movies are all commendable, and they deserve to be appreciated too!

The day has arrived!!! Much awaited grand finale of Biggboss Telugu 4 will be on small screens today. Let's do a quick recap of the finalists and their possibilities of winning the game. We also have a final Clapnumber exit poll results and analysis for Bigg Boss Telugu 4.
byMansi Iyer