Telugu 05th Feb, 2021 U/A 2h 19min Drama, Family
The movie is about love, sacrifice, and friendships. It is a love story set up in an area in Hyderabad. The love life between the pair takes an unexpected turn when the girl's parents do not approve of their love.
CRITIC 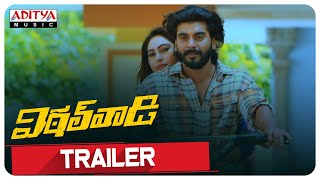 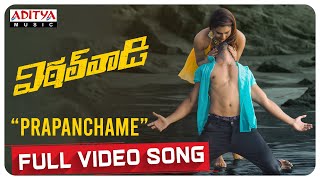 The movie is a love story set up in the Vittalwadi area of Hyderabad. A guy by the name of Chandu, who is a mechanic lives in that area with his parents. He's got a good friend circle and often involves in a street fight. His parents are illiterates and allow him to lead his life the way he likes. One day he comes across a girl named Janaki. He goes head over heels for the girl. The duo moves about in the streets and everyone gets to know about their love story. Chandu gives Royal treatment to Janaki, following her where ever she goes in the area Vittalwadi and presents her with goodies.

Chandu has a lawyer friend who is much older than him. Yet, both of them share good bonding and maintain good relations. Chandu gets to know that Janaki is none other than his lawyer friend's daughter. He tries to stay away from her and sacrifices his love. Janaki gets to know this and persuades him to be normal like before. Janaki's father is much against her love and asks her to stay away from Chandu. Janaki doesn't heed his words. The lawyer suffers a heart attack and asks Janaki to get married before he dies. Knowing this Chandu gets into depression and becomes an alcoholic. Will Janaki listen to her father and marry another boy? What happens with the love story and Chandu? Forms the remaining part of the story.

Chandu and Janaki residents of Vittalwadi fall in love. Janaki's father doesn't approve of their love and asks her to get married to a good guy. Will their love be successful and will they ever get married? Forms the remaining story.

Vittalwadi is a place in Hyderabad. It is a true story that happened in Vittalwadi. T. Nagendar, the director of the movie narrated this story to the producer and convinced him of a movie like this.

It is like any other love story but with a different touch. The amateurish work of the director and script is evident in every part of the film. Though the production values of the film are good, they fail to keep the audience tied to the screen.

The newcomers Rohith Reddy and Keisha Rawat did a decent job with their first film. Apart from them, actors like Amit, Darbha Appaji Ambarisha, Chammak Chandra, Shanti Swaroop, etc. work out good comedy.

The action sequences are well picturized. Production values from G.Naresh Kumar, the producer of the movie is good. Roshan Koti delivered some good music to the movie, but the movie's script doesn't gain much from it.

Had the story been worked more intensely it would have given altogether different results. Comedy is one aspect that makes the movie worth watching and also the powerful performance from the debutant Rohith.

A one-time watch movie, perfect to watch if you have no other choice.

The movie is about love, sacrifice, and friendships. It is a love story set up in an area in Hyderabad. The love life between the pair takes an unexpected turn when the girl's parents do not approve of their love.