Telugu 21st Dec, 2018 Action, Drama
Rocky, a hot-headed youthful man, endeavors prestige and wealth to accomplish a promise to his mother during her final breaths. His crusade brings him to Mumbai, where he gets entangled with a wicked gold mafia who practically own Kolar Gold Mines
CRITIC 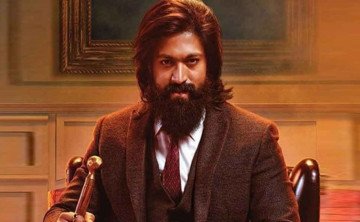 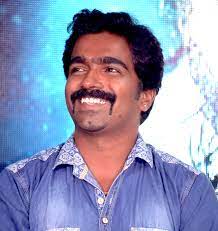 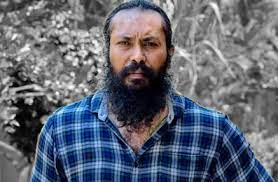 Journalist Ingalagi reports in an interview that a matrix of gold was found by authorized government administrators in India's Mysore State in 1951. Raja Krishnappa "Rocky" was also born on the same day to a broke and widowed lady. Suryavardhan is a don who then murders the officials and establishes a company in that property. He has five partners namely Kamal, Rajendra Desai, Andrews, Guru Pandian, and brother Adheera. Rocky comes to Bombay as a kid on a hunt for power and wealth as coveted by his dying mother and starts to work for Shetty. He converts Shetty's right-hand man later. Rocky quickly grows in vigor challenging that of Shetty's. This pulls Andrews who grants him, Bombay, in return for assassinating the heir of KGF. Rocky takes the offer. Once he reaches Bangalore, he eyewitnesses the influence and control that Garuda runs and have the attempt thwarted. At the KGF, a sick Suryavardhan declares Garuda as his heir. Rocky quickly makes his move into KGF dodging a unit of goons. He then observes the cruelty that the laborers are enslaved to and he is influenced by some occurrences. Beginning his endeavor at liberating them, Rocky interlaces in a fight with a bunch overseeing goons executing every one of them. Ultimately, Rocky rises as a star in the workers' eyes. But his brave act bore serious consequences with it. Rocky catches the opportunity, schemes and heads into a tunnel to the place where Garuda has determined to behead three laborers as sacrifices to an idol and eventually Rocky beheads Garuda. The euphoric slaves acquire him as their master. But some dangerous people have their greedy sights on KGF. Rocky was then given a death warrant by the Prime

Minister. The saga proceeds in the next sequel.

Rocky, a hot-headed youthful man, endeavors prestige and wealth to accomplish a promise to his mother during her final breaths. His crusade brings him to Mumbai, where he gets entangled with a wicked gold mafia who practically own Kolar Gold Mines