Telugu 19th Apr, 2019 U 2h 40min Drama, Sports
Arjun (Nani) is a talented cricketer who is known for his tremendously good performance in the Ranji team. He is in love with Sarah (Shraddha Srinath) and she loves him back irrevocably.
CRITIC 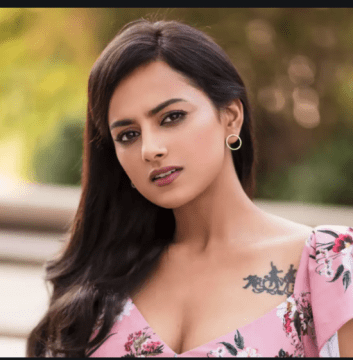 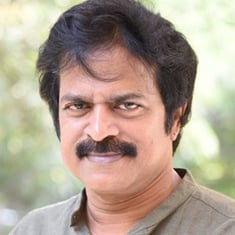 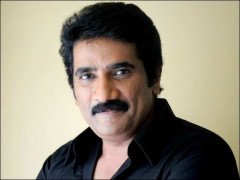 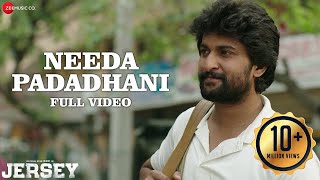 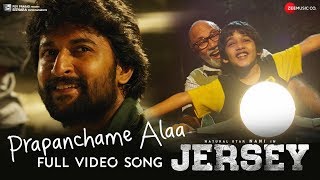 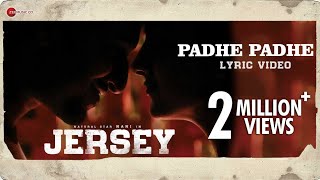 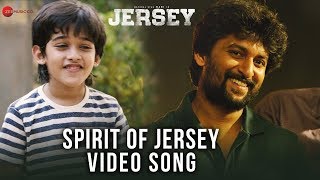 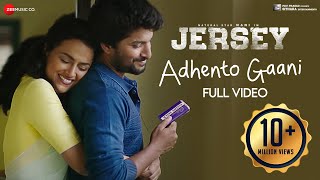 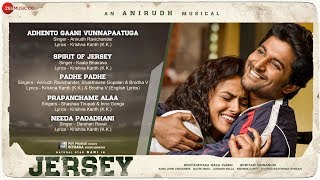 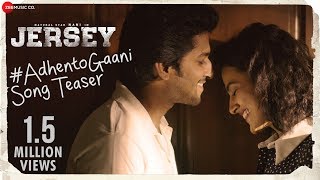 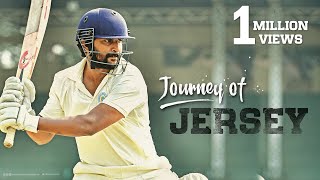 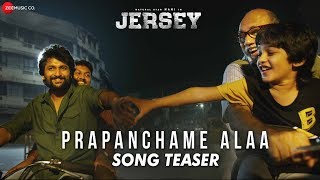 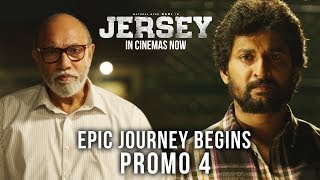 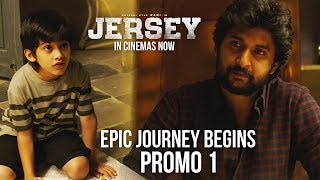 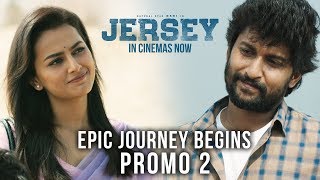 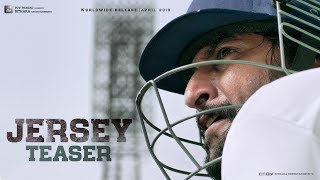 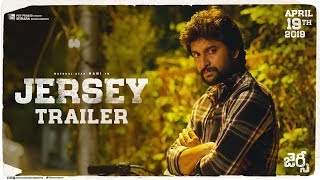 Arjun (Nani) is a talented cricketer who is known for his tremendously good performance in the Ranji team. He is in love with Sarah (Shraddha Srinath) and she loves him back irrevocably. When he realizes that he is not being selected into the Indian cricket team because of politics, he gives up cricket, marries Sarah and settles for a government job. 10 years later, Arjun is 36 years old and the father of a beautiful young boy, Nani (Rohith). He loses his government job when he is accused of bribery and stays home most of the time. Sarah single-handedly runs the house and stays frustrated with Arjun that he is doing nothing to get his job back. Nani requests Arjun to buy him the Indian Jersey for his birthday and Arjun happily agrees. But he gets dejected when he realizes that he needs Rs.500 to buy Jersey but has no money. He tries to ask people, his wife and also plays a charitable cricket match under his ex-coach's (Satyaraj) insistence. However, he fails to acquire money. He feels helpless and decides to take the reins into his hands. To his coach's surprise, he declares that he wants to win his place in the Indian cricket team again. Though he is old and out of practice, his coach encourages him to fight and face the cricket world. The story then revolves around Arjun's struggle to win back his lost glory and gift his son the Indian Jersey. The movie is all about the father and son's bond.

On the whole, Jersey is a realistic sports drama which moves you emotionally. Nani once again proves what an actor he is and single handedly takes the film to greater heights. Realistic narration, relatable characters, great performances and above all, honest emotions will make your heart heavy. If you ignore the slightly slow pace, this film will be liked by one and all and makes for a great watch as honest films like Jersey come rarely. Watch it without fail.

To call Jersey just the story of an ex-cricketer Arjun (Nani) who fights conventions to get selected in the Indian cricket team is a grave injustice to the film, even if that’s how it sums itself up. It is also the story of the love of his life Sarah (Shraddha Srinath), who struggles to stay in love with the man he has become. It’s the story of assistant coach Murthy (Sathyaraj) who sticks by an orphan through thick and thin, even at his most irrational best, in hope that he will be able to aid him in achieving his dream someday. But, most importantly, it’s the story of a father who’s so enamoured with his son Nani (Ronit Kamra) that he would do anything to not stoop low in his eyes and get him the birthday gift he always wanted. Despite the multiple threads and three different time frames that connect to Arjun, Gowtam Tinnanuri does a stupendous job of not tangling them all up into a mess. Arjun is an ex-Ranji player, the best right hand batsman of his time and a cocky man who’s unfortunately soon grounded by reality. Sarah is the love of his life who marries him against her father’s wishes and now struggles to stay in love with the shell he is. The once in love couple now constantly seem at warring ends, but the ray of brightness in their life is their son Nani (Ronit Kamra), whose brings in a refreshing innocence to an otherwise hefty story. And then there’s assistant coach Murthy who pushes Arjun to maximise his potential, even when the latter refuses to. Jersey is a beautifully told tale which sees Nani delivering his career’s best performance with ease. If he’s good as the cocky batsman who knows he’s talented, he’s doubly good as the man who’s constantly beaten by life but refuses to give up. The actor trained and practiced cricket while shooting for the film and it shows in the scenes in which he picks up cricketers’ body language with ease. A while into the film, Nani simply ceases to exist and it is only cricketer Arjun you see, someone who’s as comfortable on the field as he is on the couch in his living room. The realisation of how well he performed especially comes through in key scenes which require him to emote without speaking a word. While Nani also shines through in scenes that require him to play cricket, the scenes between him and his son are the ones that steal your heart. Ronit Kamra nails his performance as the seven year old son who sees his father as nothing less than a superhero. The scenes between them don't just radiate love, but also an understated humour that keeps the film from being too serious. Shraddha Srinath makes an impressive Telugu debut, as a woman who’s head-over-heels in love with her husband, but is still not someone who will agree to put up with his carelessness. Sathyaraj breezes through his role as the constant backbone Arjun needs. While Gowtam Tinnanuri really takes the cake in this one, with his stupendous screenplay and narration, Sanu Varghese’s cinematography and Anirudh Ravichander’s music do their bit to simply pour life into the film. Naveen Nooli too does a good job with the editing, with the film, despite its long runtime and laggy bits, not ending up seeming like a cricket documentary. Watch this one this weekend if you’re an ardent fan of cricket, for you will sit on the edge of your seat during the sporting scenes. Watch this one for Nani and the rest of the cast, who will make you fall in love with their characters by the time the end credits roll. But especially watch this one for Gowtam Tinnanuri, for it’s not every day that a director manages to pull off a sports drama like this with ease. Jersey will make you laugh, cry and cheer out loud.

'Jersey' is a stunning narration with touching scenes,honest rendition of dialogue, apt performances,and sound technical values.A must watch film for daring to be different.

Arjun (Nani) is a talented cricketer who is known for his tremendously good performance in the Ranji team. He is in love with Sarah (Shraddha Srinath) and she loves him back irrevocably. 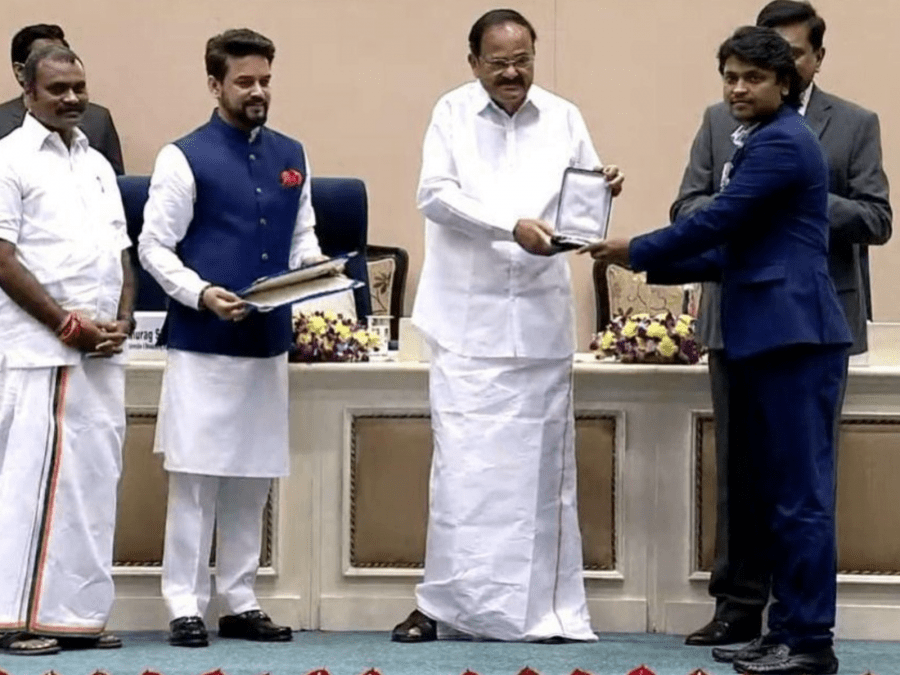 Jersey won awards in two categories, one for Best Editing and the other for Best Telugu Film.
byKshetra Damidi
118 views