Telugu 19th Sep, 2019 U/A 2h 54min Action, Drama, Thriller
Abhilash aka Abhi (Atharva) is an aspiring film director who has a great passion for film making. He gets insulted by a senior film director on the sets, where he degrades Abhi and questions his worth.
CRITIC 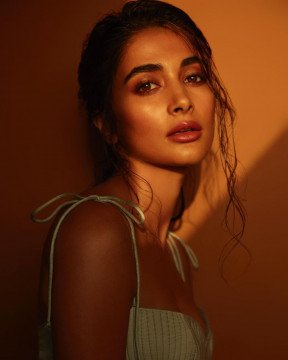 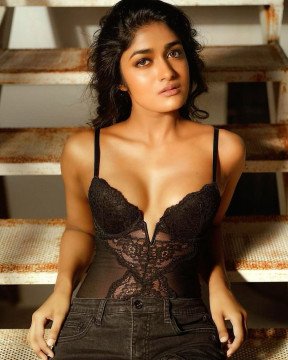 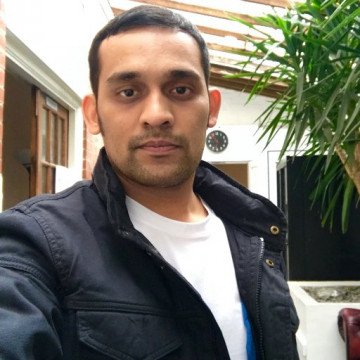 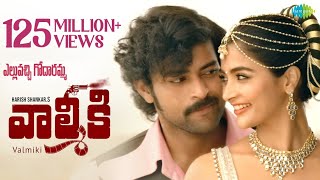 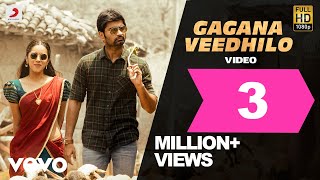 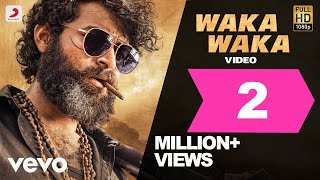 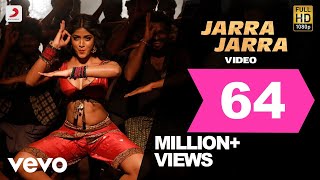 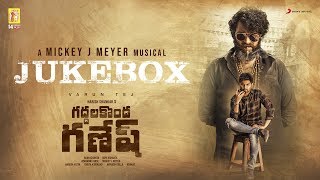 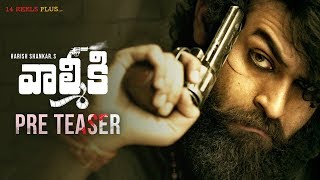 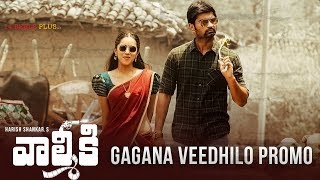 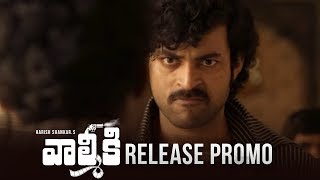 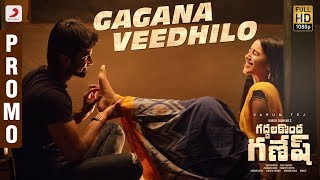 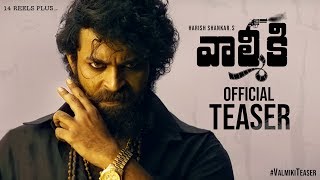 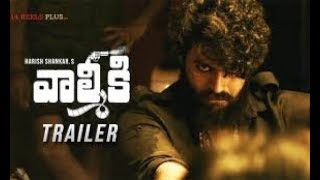 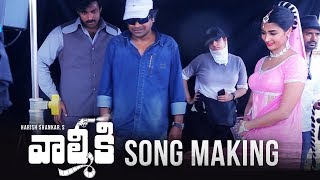 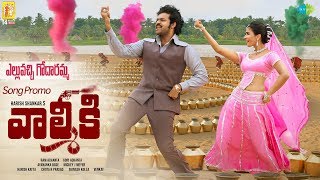 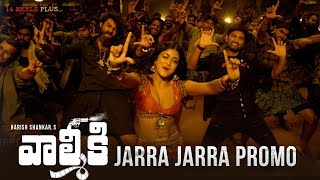 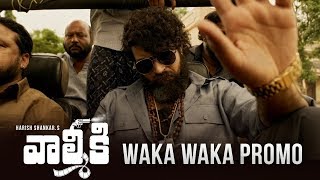 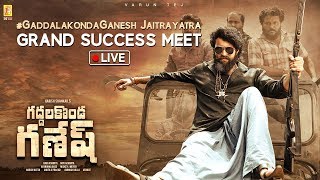 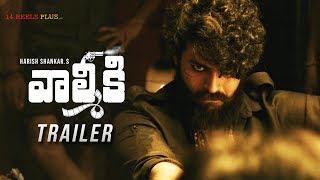 Abhilash aka Abhi (Atharva) is an aspiring film director who has a great passion for film making. He gets insulted by a senior film director on the sets, where he degrades Abhi and questions his worth. Abhi challenges that he will make a terrific film in no time and show the world what he is. Impressed by his talent and nature, a producer (Raghu babu) decides to invest his money in Abhi's script and suggests Abhi make a gangster film as that is the trend these days. Then Abhi starts searching for a real gangster whose story can be reproduced on the screen. He hears about Ganesh aka Gani (Varuntej) who stays in Gaddalakonda. With the help of his friend, Chinthakaay (Satya), he starts to track Ganesh's activities and begins to investigate his life. He befriends Bujjamma (Mirnalini Ravi), whose grandmother works for Ganesh as a cook. He tries to find out more about the gangster by tricking her and she falls in love with him.

When Ganesh finally finds out that Abhi is enquiring about him, he captures him and threatens to kill. But as soon as he discovers that he intends to make a film about his life, Ganesh starts narrating his story and decides to play the lead in the film. Then the movie is all about Abhi's struggle to make a good film with a notorious gangster who knows nothing about acting. Also, how Abhi's film will bring a change in Ganesh's life.

On the whole, Gaddalakonda Ganesh is a passable mass drama which has a few good moments. Varun Tej leads from the front with his solid performance and rocking makeover. The fun generated works in places and keeps the audience engaged. But a lengthy run time, lack of strong emotions and dragged climax take down the film and make it an okay watch this weekend. Just go in with your expectations in check.

Gaddalakonda Ganesh, previously titled Valmiki, is the Telugu remake of the Tamil hit Jigarthanda. It is the story of a filmmaker who yearns to catch a break in the film industry and learns that sometimes to make art, one needs to compromise. Nay, the term is adjust, as Tanikella Bharani’s character puts it in a scene. It is also the story of a gangster, who deals with fear as his currency, but seems to find himself in a strange juncture of his life and gets a chance to turn it all around. The film is not just the story of these two characters, because more importantly, it is Harish’s love letter to the film industry and the art of cinema. The film is incredibly meta in the most minimalistic of ways, which might not sit well with the regular masala flick lover. Abhi (Atharvaa Murali) is a short film maker who gets a chance to direct a feature. To set himself apart from the competitors, he decides his protagonist will not just have shades of grey, but will be a negative character completely. He finds the perfect muse in the much-dreaded gangster Gaddalakonda Ganesh (Varun Tej) aka Gani, a man so sadistic, he loves torturing and killing people for the most inane reasons. Gaddalakonda trembles at his name and he likes to keep it that way by killing everyone who even remotely challenge his authority, much to the chagrin of his rendered mute mother (Supriya Pathak). Abhi is willing to do anything to get Gani’s story, even go as far as to fake romance with Bujjamma (Mrinalini Ravi), the daughter of his cook. But what happens when Abhi and Gani’s worlds finally collide is something that needs to be watched on-screen. Gaddalakonda Ganesh is not a complicated film, but the emotions it deals with sure are. And while Atharvaa Murali breezes through his role that’s a mix of street-smart and cunning, one cannot help but wonder if his body language could’ve been a little funnier. It is a dark comedy after all and he seems to be taking things way too seriously. Mrinalini delivers an impressive performance in the screen time she has, so does Pooja Hegde in a beautiful flashback that works. It is Varun Tej however who steals the show as the gangster, making the role his own, complete with lanky awkwardness, manic laughter and surma lined eyes. While hardcore fans of Jigarthanda might find this interpretation of Assault Sethu a tad too melodramatic, it works when viewed as a stand-alone. He might not always inspire the kind of fear he’s supposed to on-screen, but Varun Tej nails it at bringing in the vulnerability the character requires. Ayanka Bose’s cinematography brings in a kind of panache and nuance even to a tale as raw as this, some frames in the film look simply stunning. Mickey J Meyer’s music is unobtrusive for the most part, even if the BGM does get a tad bit too melodramatic towards the climax. The length of the film could’ve been considerably shortened, as it might be too long for some, but for those who enjoy character studies, this is perfect. Harish Shankar makes an already hit film his own in ways that matter and reels it in, by delivering a frame-to-frame remake where needed. However, the only drawback the film has is that the comedy seems forced and same old in some scenes, even if Brahmaji nails his bit in a hilarious role. Satya too does a commendable job, even if he offers nothing new. The climax and ending almost take it a bit too far but Harish manages to reel it in almost at the end. The whole sequence could've just been handled a little better. Brahmanandam's cameo is a delight. Watch Gaddalakonda Ganesh this weekend if dark comedies and dramas revolving around two contrasting characters are your cup of tea. Watch it especially for Varun Tej’s performance as the gangster. But don’t go in expecting a typical Harish Shankar mass masala film, for you will leave disappointed.

'Gaddalakonda Ganesh'is a mixed bag.It's lengthy at 173 minutes. The second half tells the actual story.The first half establishes the premise and keeps dragging on and on. The comedy works in fits and starts.The romantic tracks are sub-par.Characters speak of the greatness of cinema without depth.

Abhilash aka Abhi (Atharva) is an aspiring film director who has a great passion for film making. He gets insulted by a senior film director on the sets, where he degrades Abhi and questions his worth. 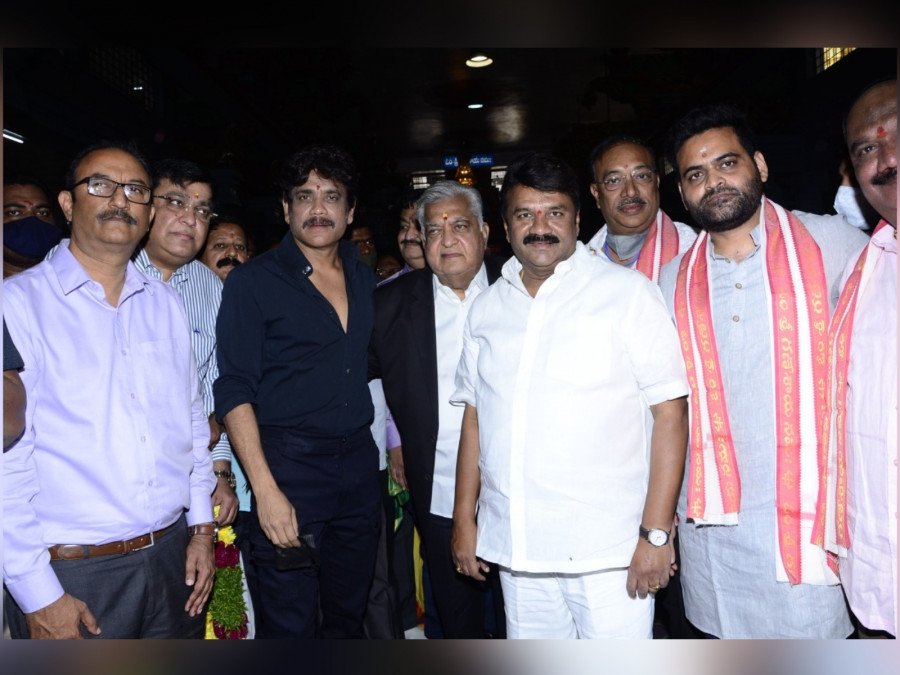 King Nagarjuna and Director Praveen Sattaru’s film had finished its first schedule in Goa and a major second schedule will start from August 4th in Hyderabad.
byKshetra Damidi
586 views 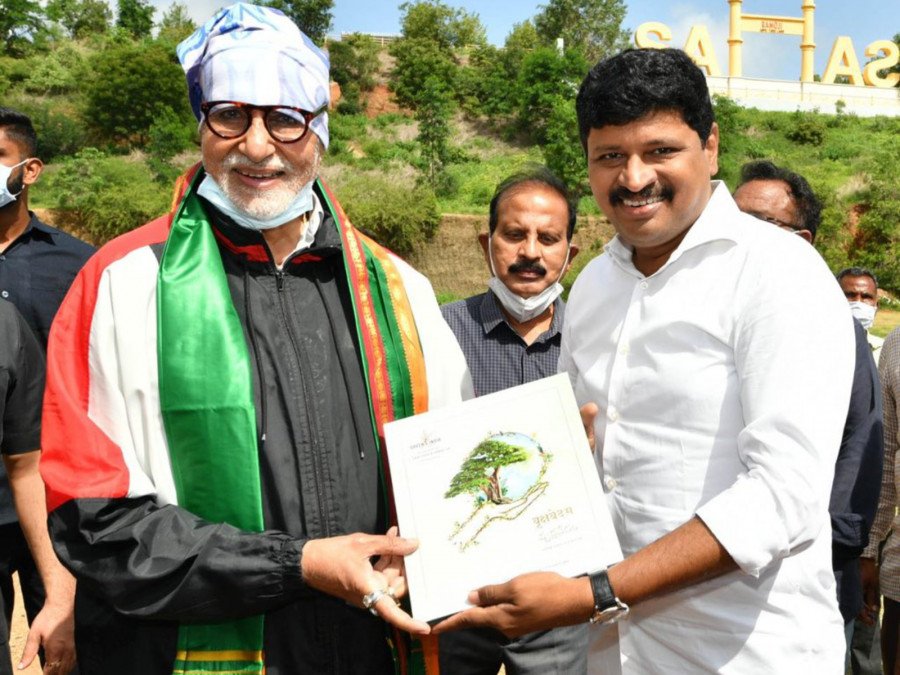 The Legendary actor has taken up the challenge and planted a sapling in Ramoji Film City. The plantation programme was held at Ramoji Film City in the Presence of actor Nagarjuna, Producer Aswini Dutt, Film City MD Vijayeswari
byKshetra Damidi
1483 views 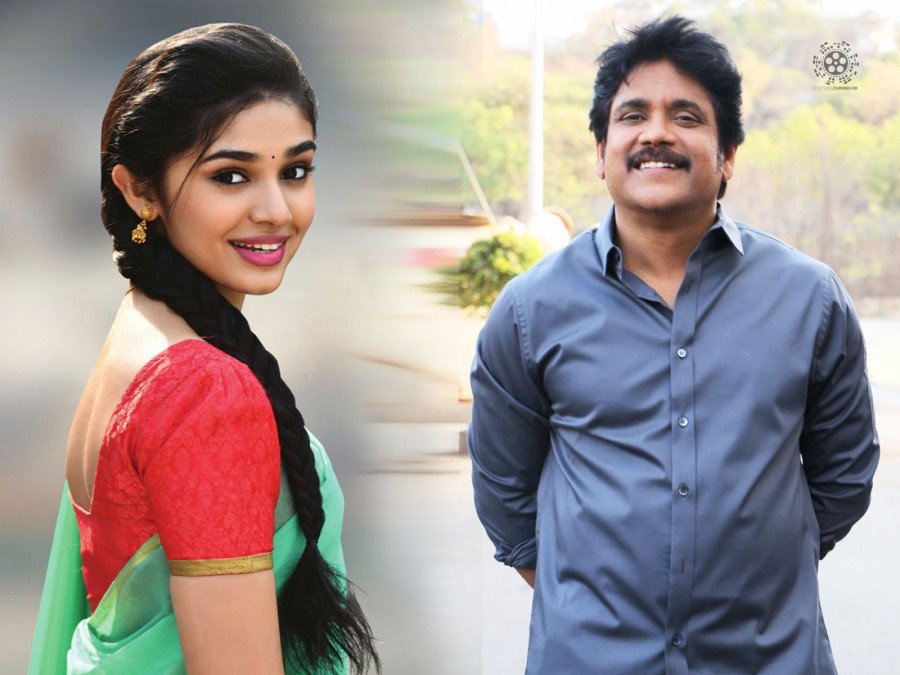 The word from the Annapurna camp is that Krithi has been addressed to play a female lead in Nagarjuna’s Bangaraju.
byKshetra Damidi
1444 views 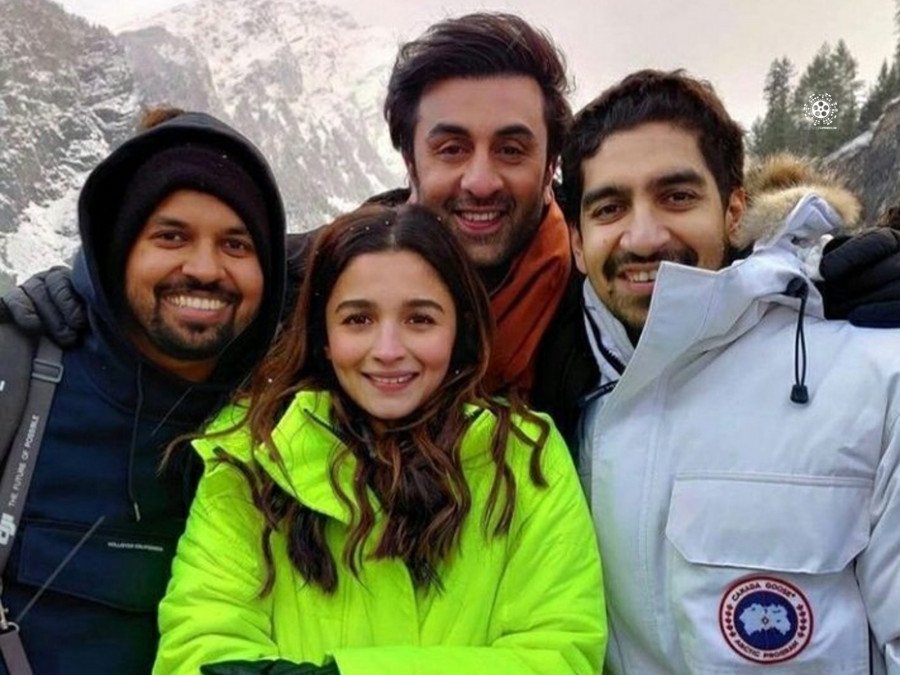 Take a look at the unseen photo from behind the scenes of the film shooting of Brahmastra.
byMansi Iyer
2614 views 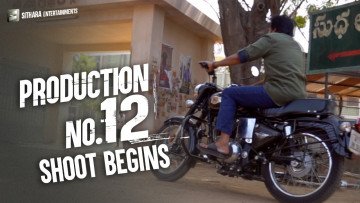 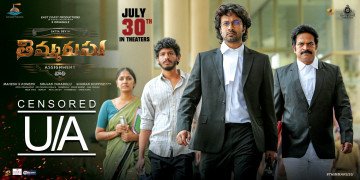 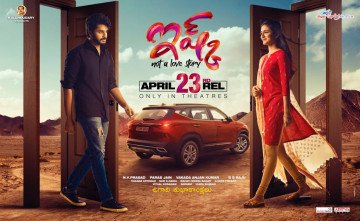 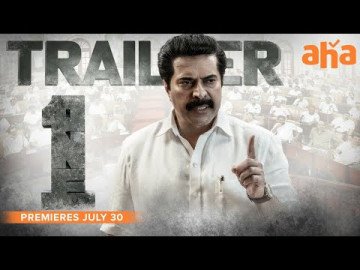