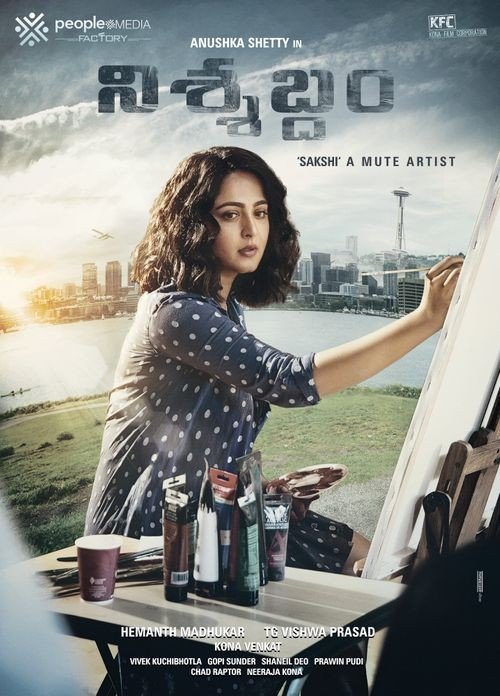 In 1970, a couple dies in a Seattle home in a mysterious way. After decades, another couple named Sakshi (Anushka), a physically challenged artist and Anthony(Madhavan), a famous cellist visit the same house on their way to fetch a famous paint. Anthony gets killed here and Sakshi escapes who is the only witness. In the meanwhile, her best friend Sonali (Shalini Pandey) goes missing. How Sakshi and police explore the murder to know if it is a mystic or a planned murder is the story.

Although publicized as a horror thriller movie it could not maintain the same tempo till the end. Director, Hemanth Madhukar was too hurried in revealing the story and leaving the audience with no element for surprise till the end.

Speaking on technical values there’s a clear 50-50 ratio. The background music, production values and visuals are none less to any high-budget Hollywood movie of this kind but the meagre screenplay ruined all these good works due to untimely revelation of the murder plot and slow narration of flashbacks.

For artist’s too, the movie gave no scope for performance and this holds good for all characters including the lead pair and other important characters in the movie like Vivek (Subbaraju)-friend of Sakshi and Maha Lakshmi (Anjali) and Richard (Michael Madsen)-the investigating cops. Director would have at least focused on using Madhavan and Michael Madsen even better.

A thriller that’s tedious and guessable.