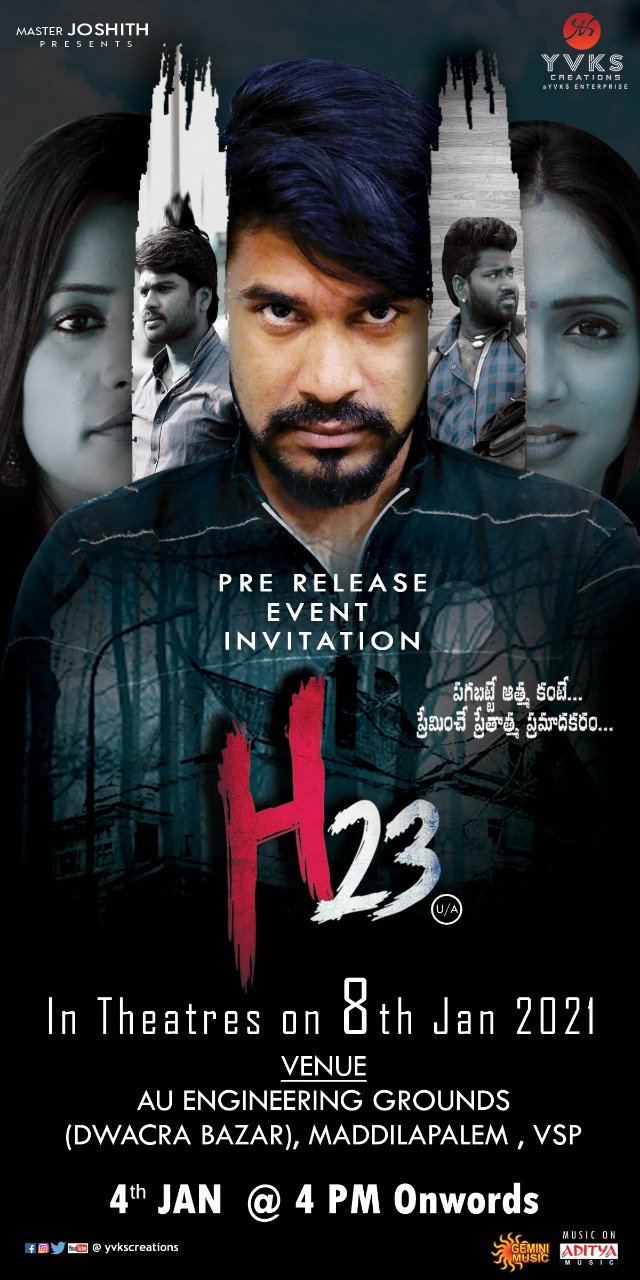 1
(Critic)
Not Rated
(User)
Back To Movie

To manage money for his daughter Sailaja`s marriage, Narayana owner of a house plans to sell his house. Krishna, a mechanic, offers Narayana a much lesser amount and alleges that the house is haunted. Sailaja accepts the deal on the condition that he must bring a groom for her who does not demand dowry. Will Krishna fulfill her wish to get the groom and sell the house?

H23 is a Telugu movie released on 8 Jan 2021. The movie is directed by Seenu Imandi and featured V Kumaraswamy, Kavitha, and Srija as lead characters.

The storyline is just like any other horror-comedy movie with spirits like elves playing mischievously with the descendants of the house, toying around with them.

The direction has no great praise with a regular storyline and inappropriate logic that irritates the audience.

Srija does a good job playing a glamorous role, with no scope for rating her acting as she has nothing great to do in the film.

V Kumaraswamy, who plays the protagonist is okay with his first film things would have been much better had he chosen a better storyline. Senior actors like Kavitha and others are a bunch of futile talent in the film. Comedy timing tests the patience of the audience with predictable punchlines. The movie looks half-cooked and made in a hurry to release it.

A one time watch if you are a horror movie enthusiast.