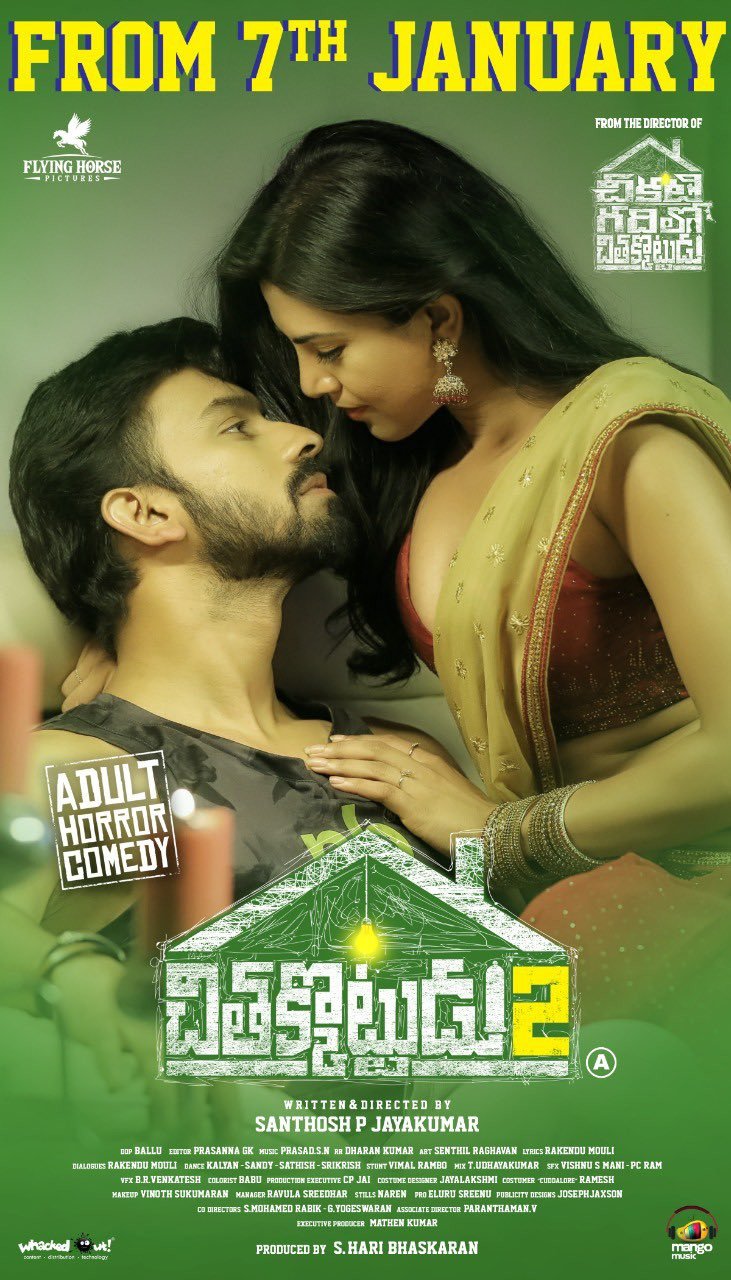 Two friends who are mistaken for gays all their lives marry two girls and go to a resort in Bangkok for their honeymoons. There a lustful ghost haunts them and asks them to do things to appease her. How will they overcome the spirit and get rid of her, forms the rest of the story?

Chithakkotudu 2 is an adult comedy horror movie which is directed by Santhosh P Jayakumar and Produced by Hari Bhaskar S.

The movies go by the genre of horror-comedy.

There are not too many comedy scenes in the movie except for a few.

The plot is similar to part one without too many twists and turns. Trivial comedy with hot steamy scenes is all audience can find about the movie.

The plot could have been worked better with a strong storyline and including better comedy punches.

At one point audience would get a feeling of watching a Bgrade movie.

Watch it when you are alone and have nothing great to watch.