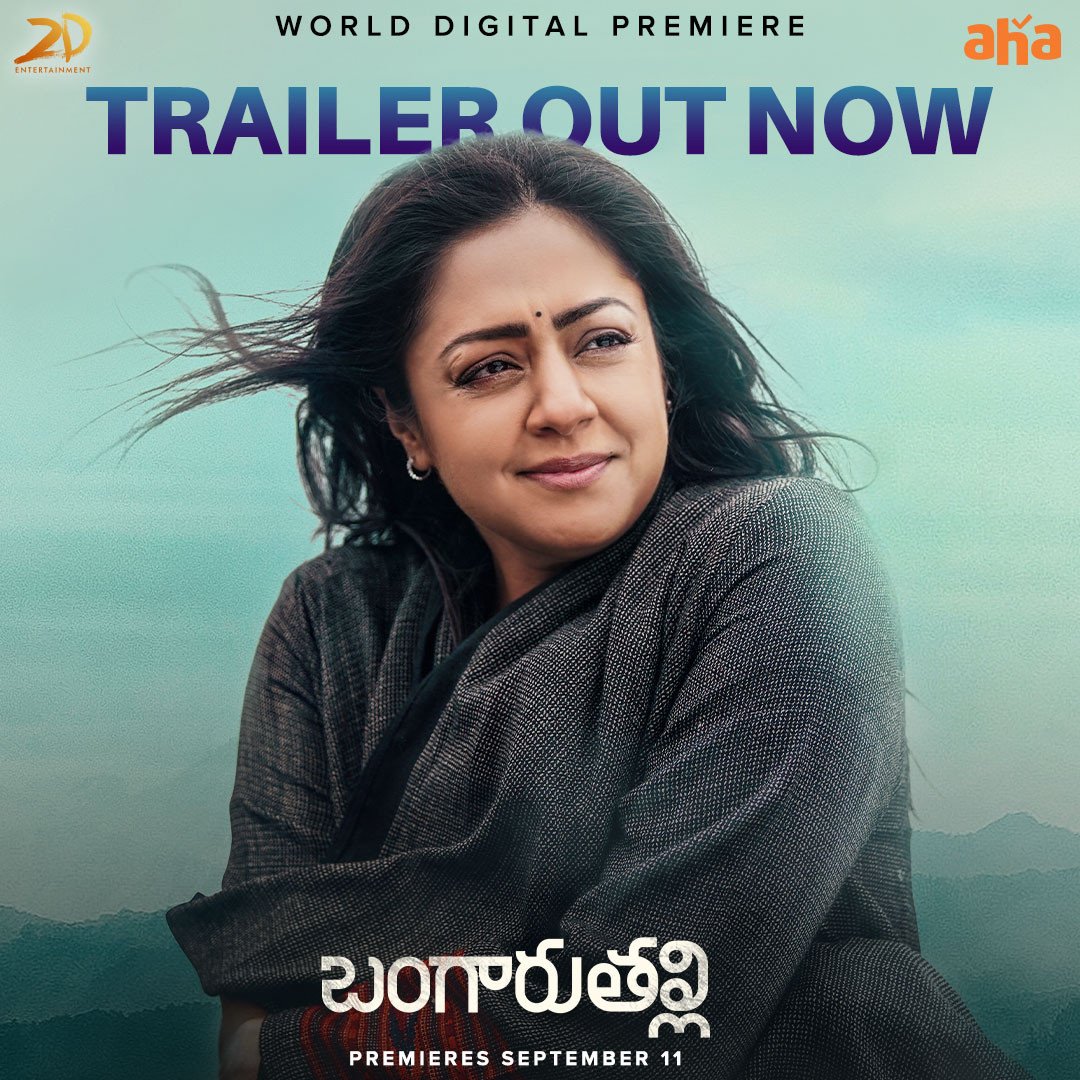 Jyoti, a Pyscho woman in 2004 is convicted of kidnapping young children and killing them besides killing 2 guys. After 15 years, a lawyer named Vennela (Jyothika) takes up the case. Why she takes the case, what’s the relation between Jyoti and Vennela and more than all is she(Jyoti) really the culprit is the key to the film.

This movie originally made in Tamil is the first movie for director JJ Fedrick and is about child sexual abuse. Leaving beside the technical values and exactness of how court proceedings take place the movie has emotions that the audience can bond at sometimes. The story has no great drama and runs mostly in the courtroom with meaningful and sentimental dialogues here and there.  Jyoti’s past is a shock and director would have given more sense to it if he had not attached the ‘’honor killing’’ episode to her. The other major drawback is, the audience can easily know that Jyoti is falsely labelled in just no time of watching the movie. In such crime thrillers, Fedrick should have taken care to maintain the suspense till the end.  There are 5 well-known directors in the movie amongst whom Bhagyaraj plays the role of supportive father to Vennela. Director could have used him better keeping in mind his seniority.  Dubbing seems just ok and Telugu audience can taste Tamil flavour here and there. The scope for cinematography and music is less.

A woman-oriented legal thriller with no thrill.