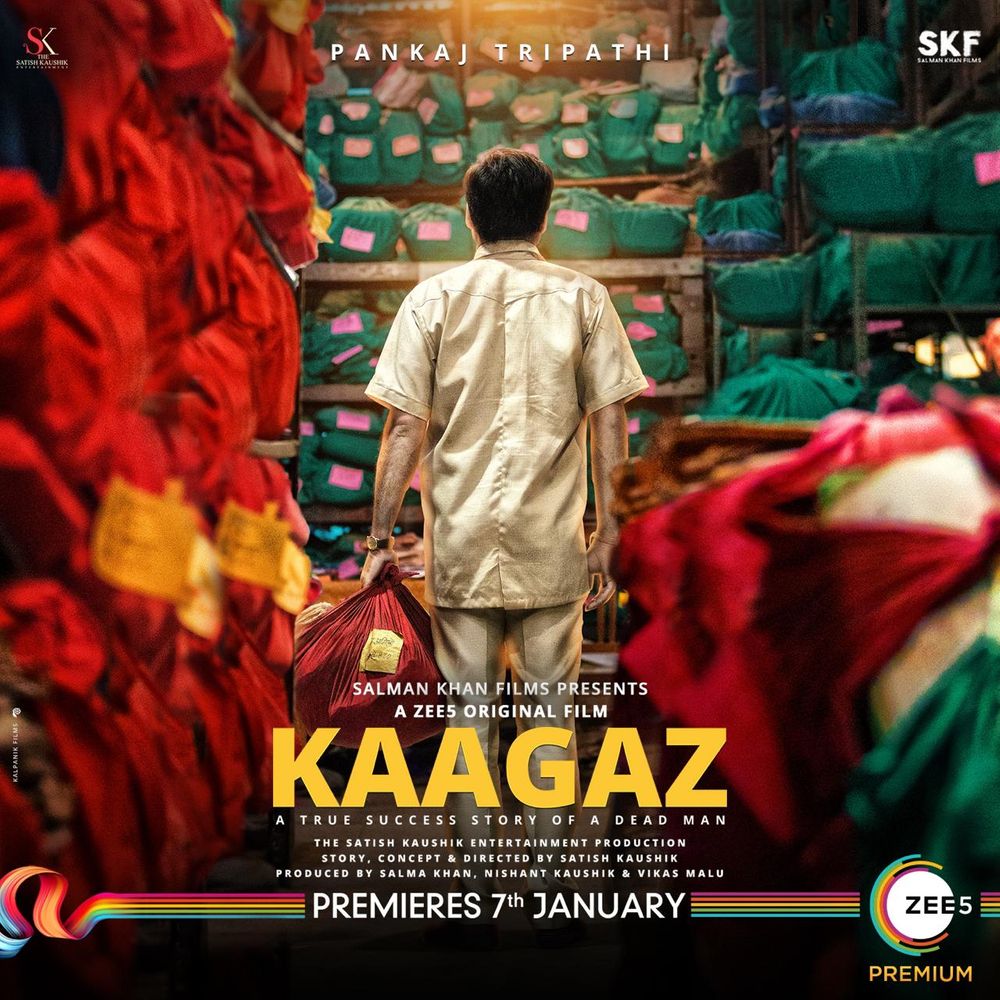 Bharat Lal (Pankaj Tripathi) holds a band-baaja business.To keep his business afloat he approaches a local bank in Uttar Pradesh for a loan. Only then, he realizes that his uncle and his sons snatched his piece of land which he jointly held with them as a family property by declaring him legally dead. The ordeal he goes through to claim what is his forms the remaining part of the story.

The movie lands on as a typical satire on the system. It takes back to the era of Sarkaar Raaj, where the paper is the most important thing.

Direction wise Satish Kaushik tried his best, but the narration has a lag that takes off the real intensity of the show.

As director and actor, Satish does a good job with the film.

The movie is nothing great about apart from Pankaj Tripathi. His role as a musician is a thoughtful act. His repertoire as an actor, adds through Tripathi's smooth transition from an inoffensive family man to a relentless rebel who wouldn’t stop at anything, and both the extreme sides of his image draw the audience like a magnet. He holds such a grip with the acting and clings on to the character with great Aura.

Satish Kaushik does two hats for this one, one of an actor and the other, of the director. He also does the narrating part for certain parts of the film. While he is his natural humorous self as a potentially vague lawyer, it is his direction that founders: too uneven and tedious, particularly when it is coming from a filmmaker of his stature.

The supporting characters in the film are weak compared to the stellar lead that is Pankaj Tripathi and this stark contrast is one of the reasons why 'Kaagaz' has been lauded by the audience.

A simple entertainer watch at your leisure. Goes well for watching alone and or with family.