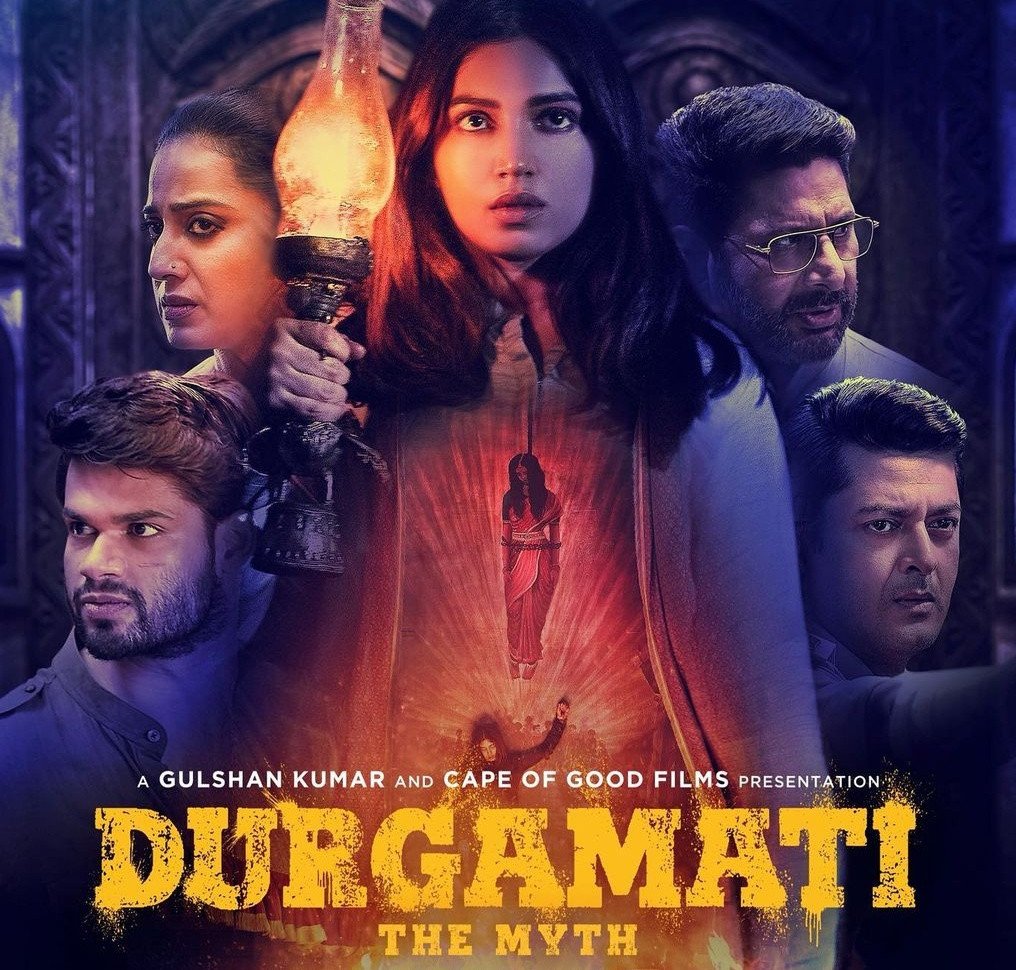 Inside a forest, there lies a haunted mansion, where the locals dread to walk. Disgraced IAS officer Chanchal Chauhan is kept captive within its moldering confines. Who is she? Who are the people questioning her? What is her crime? And is there a revengeful spirit drifting about in that mansion?

Bhumi Pednekar, the actress who is known for her roles in Sonchirya and lust stories, once again did a stupendous role in the film Durgamati as IAS officer Chanchal Chauhan. Arshad Warsi, was commendable in the role of Ishwar Prasad, Minister of Water Resources. Jisu Sengupta, Mahie Gill play a pivotal role as police and CBI officials respectively. Karan Kapadia who plays the role of a social activist also did a good job in the cameo he does.

The movie is a remake of Anushka starrer Bagamathi, a South Indian Film. The moviemakers haven't brought any changes from the original version of the film.

Writer-director Ashok G’s ambitious project ‘Durgamati’ rides on the theme of good prevailing over evil with comedy as an undercurrent in this socially inclined horror-thriller. The movie is more of a comedy flick rather than a horror thriller. Certain characters come and go in the movie with unexplained presence.

It is better to watch it as a comedy movie rather than a horror thriller.