Sudheer Babu At The Pre-release Press Meet Of 'Hunt'

I did 'Hunt' with the courage given by Krishna garu. My journey is dedicated to my uncle!

Nitro star Sudheer Babu is playing the lead role in the film 'Hunt' produced by popular producer V. Ananda Prasad under bhavya creations banner. Senior hero Srikanth and 'Premiste' fame Bharath are playing the lead roles. The film is directed by Mahesh. The film is slated to hit the theatres on January 26 as a Republic Day gift. A pre-release press meet was held in Hyderabad on Monday.

Hero Sudheer Babu said, "After Krishna garu left us, my first film 'Hunt' is releasing. This is my first press meet. I got a phone call from Krishna garu after the morning show after the release of the film. Now I will miss it. Krishna garu is the sun that shines as one of the thousands of stars. He has lit a candle and gone away. Now it is my family's responsibility to hold it and walk with it. It's all of us. When I said I would get into the movies, 'Should I let go? Shouldn't it?' was everyone in the house confused. Some said on their faces. Krishna ji said one thing... "If you work hard, you will succeed. Let's do it'! Since then my life has taken a turn. There was a good value, there was a response. Now my life has got meaning. I have done good films. I have done some films that stand out in Telugu cinema. This is not to say that my career is stable now. Will you watch any movie 20 days before Krishna garu's death? If you ask him... "I don't watch anyone's films. I want to watch only Mahesh's films and Sudheer's films." I didn't believe it before. When I got home, I asked, 'Did you really say that?' Yes, he said. What more does a superstar who has done hundreds of films want than choose to watch my films. I don't know how far I will go. This journey is dedicated to my uncle. I am indebted to him for his births. Krishnaji not only gave me memories, but also gave me courage in him. He did experiments that no one else did. It was with that courage that I made the film 'Hunt'. There have been three deaths in our family in the last one year. Krishna garu's death is a big loss for us.  The shooting of the film was completed by then. I am doing a different film. However, it was difficult to shoot. I stopped shooting when I realised it was difficult for Krishna garu. When it comes to 'Hunt'... There is a new point in this. To be honest, no hero even attends. Hundreds of people watched the film. Everyone liked it. Arjun A, Arjun B... My character in the film will be in two shades. There are some inspirations to do the police role before forgetting the past. There is no motivation for the character after forgetting the past. I worked a little harder for it. I imagined what it would be like to be a common man policeman. Everyone says I have taken a risk in terms of stunts. Ananda Prasad ji had taken a risk before me. He said it was okay to do it with the foreigners. Crores of rupees were sent to them. We have done it with foreign stunt masters that there should not be a single slow motion shot in the film and all the action should be real. I did 'Shamantakamani' in Ananda Prasad garu's company . The respect has increased even more now than then. Thanks to him for giving me this opportunity. Srikanth's elder brother is a good person. He will have no enemies in this world. We have to learn a lot from him. He has such a long career because he is a good actor. He also makes films with my children and Mahesh's children. Bharath is a fantastic actor. He's younger than me. When I was a kid, I saw him 'love'. The reason my performance is good is because of the base they have created. Mahesh created a good atmosphere on the set. No one can do such a different film unless he is there. I asked a lot of questions. He answered convincingly. After this film, films will be made with bigger heroes than me. Arul Vincent used to climb the walls and houses and set the lighting. 'With the child...' Music director Ghibran's background score will be more successful than the song. 'Hunt' is a film that no one has done before in Telugu. Emotional scenes make the film stand out more than the action. Don't give spoilers after watching the movie. My feeling is that the chances of winning are more if you surprise the audience. There is a shocking element when you hear this story. Things have changed after corona," he said.

V. Ananda Prasad, Head of Bhavya Creations and producer of the film, said, "We are bringing to the audience 'Hunt' , which is produced by our company on 26th of this month. This is a Telugu film with an English title. We are happy to be associated with srikanth garu for the first time. Also, with Bharath garu! Not to mention about Sudheer Babu garu. I hope that our film, which is being released worldwide on January 26, will be appreciated."

Senior hero Srikanth said, "When director Mahesh came and narrated the story for two hours, I told him that I would do the film immediately. I was a person like Bhavya Creations and Sudheer Babu to do 'Hunt'. I wanted to be like Sudheer Babu's brother. I wanted to be in a good film. Even though  the directors tell the story well, sometimes they can go differently. The film has come out better than expected. Director Mahesh has taken it with clarity.  Is my character a positive character in the film? Is it a negative character? I saw 'Hunt'. It will be a big hit. Sudheer Babu has done a fantastic job. He did well in both the characters. It's not easy to bring about a variation between Arjun A and Arjun B. Advance congratulations to him. Ananda Prasad garu did not compromise and produced the film without any hesitation in spending. Bharath is a wonderful artist. I have also seen the Tamil films he has done. Welcome back to Telugu. Thanks to Ravi garu and everyone else by name."

Bharath of 'Premisthe' fame said, "After watching the film, I was very excited. I am happy that I am a part of this film. I felt that the decision to come back to Telugu with this 'Hunt' was the right one. The film came out very well. It is a good thriller. Bhavya Creations Ananda Prasad, Anne Ravi garu... Thanks to director Mahesh. It will be the best in Sudheer Babu's films. Advance congratulations to him. I didn't want to take a gap in Telugu. I am busy in Tamil as a hero. After Mahesh narrated the story to me, I thought this is the right film for my re-launch in Telugu. Technically speaking... This is my straight Telugu film. 'Premiste' is a dubbed film. 'Yuvasena' was half dubbed and half re-shot. This is a proper straight Telugu film."

'Hunt' director Mahesh said, "Personally and professionally, I am indebted to Ananda Prasad garu and Anne Ravi garu. If they hadn't believed me, I would have been somewhere without work today. Both of them are the reason for the compliments I am getting. Now the audience is appreciating the teaser and trailer. Most of the share of it goes to our hero Sudheer Babu. Since the beginning of the film, he has not compromised anywhere. He has worked 110 per cent to give a good film. He used to ask more questions to prepare for his character. Sudheer Babu will be seen in the film better than Sudheer Babu, whom he has seen so far. He has done very well in terms of performance and action. When it comes to the hero's character... After forgetting the past, he is like a white paper. What did he do? is an interesting element. It was an honour to work with Srikanth garu. Thank you for agreeing and making the film. Thanks to Bharath garu for agreeing to act in 'Hunt'. I enjoyed working with him. It was because of art director Vivek that we brought what we wanted to do on the screen. Praveen Pudi garu's time allotted to our film has not been allotted to another film in the recent past. He liked the film so much. Cinematographer Arul Vincent has done a very good job. Ghibran's background music is superb. If the film is as successful as we thought, he is 50 per cent of the reason. Our 'Hunt' shows a strong impact on the audience. It's not just the action sequences ... There is strong emotional content. A good story, the way it is told, the performance of the artists has an impact on the audience. This is a treat for all sudheer babu fans. 'Vikram' has nothing to do with our 'Hunt'. Even if you look at the trailer and imagine the story, it gives you a kick when you come to the theaters. The film is a blockbuster. There have been many films in the background of the police. They all go on a single agenda. My feeling is that there will be less emotional moments in them. That emotion is more in our film. " he said.

Actor Goparaju Ramana said, "I became familiar to all of you through 'Middle Class Melodies' produced by Bhavya Creations. The reason I stand in front of you today is because of this organization. Otherwise I would not have got a chance to stand here. It is true. Ananda Prasad garu gave me the opportunity to act in 'Hunt' which they are producing with the same popularity. Our hero Sudheer Babu, director Mahesh, Srikanth garu... I am happy to have a great opportunity to work with everyone. I hope that after its release, they will enjoy the film." 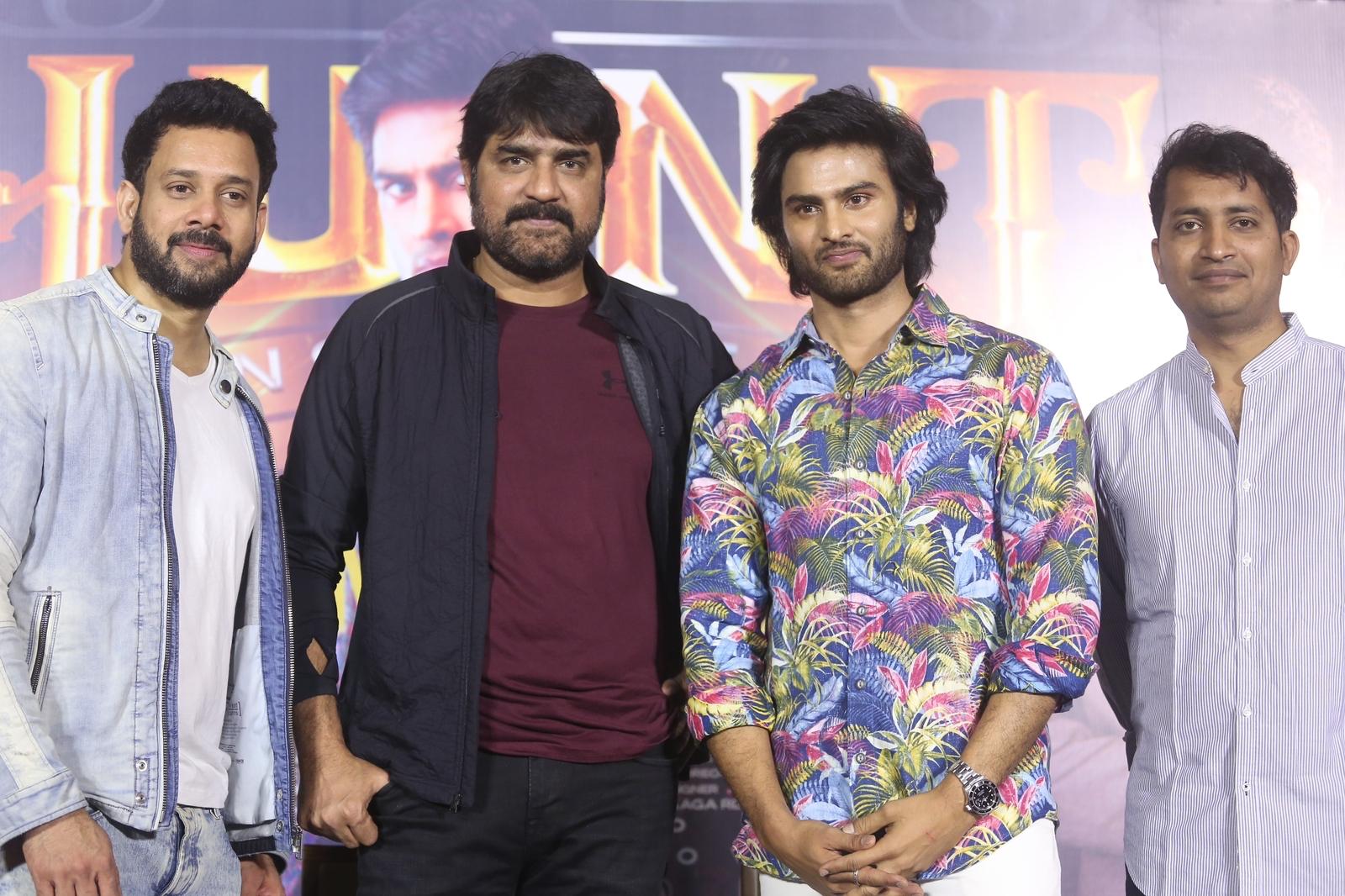 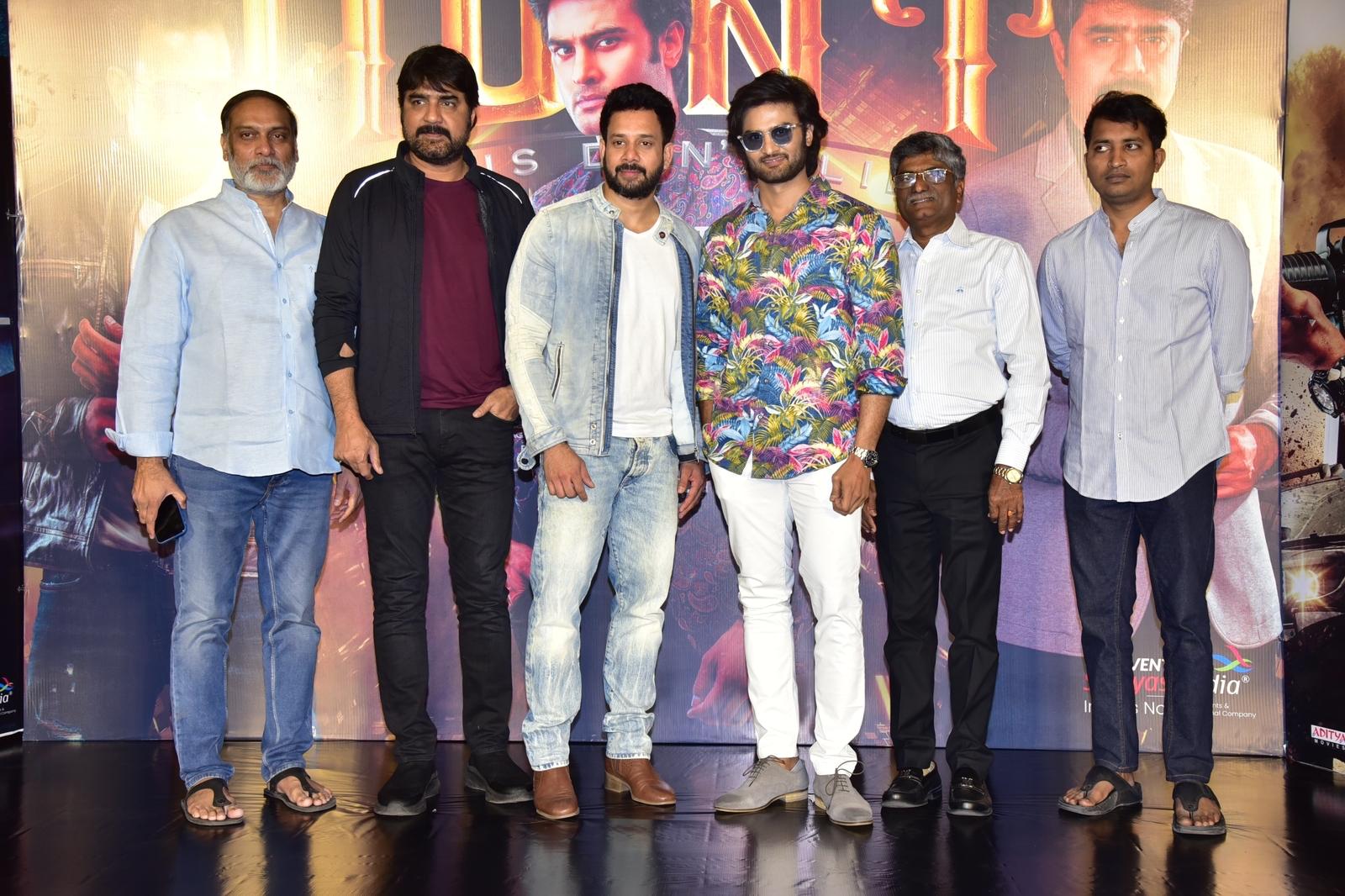