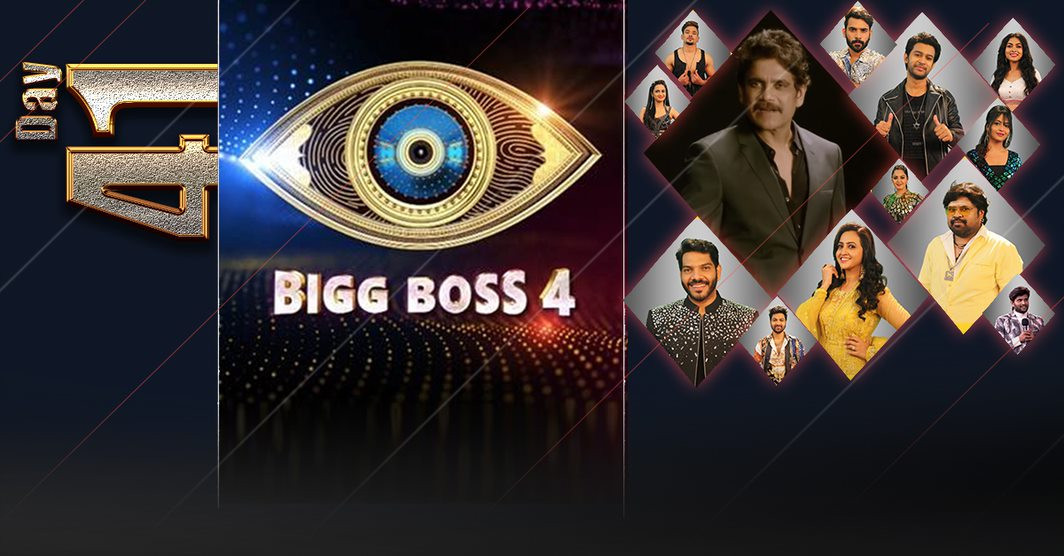 Nagarjuna surprises the housemates with the deal left last week. Noel's team, who gave up the deal, will have a chance, with a reward of immunity for the following week. Amma comes forward, and Divi reprimands him for doing so. Will Noel trim half of Amma's scalp, or will there be a twist from Nag?  Wait and watch Bigg Boss weekend special.

Avinash discusses with Amma about his fight with Sohel and exudes his confidence that Nagarjuna will reprimand Sohel. Sohel discusses the same with Avinash and guesses that Avinash will be reprimanded for accusing Sachalak (referee) Sohel. Sohel's guessing comes true as Nag during the show reprimands Avinash.

Nag makes it clear that Sanchalak's decision is final, and during the games, he is next to the Bigg Boss.

They have Dosa making competition where Lasya's team makes 12 while Amma's team make 15. During the competition, Amma sarcastically calls Sohel a thief, towards which Sohel gets offended. Amma's sarcasm doesn't get Sohel's approval. Akhil defends Sohel.

Nagarjuna salutes Sohel, as he feels at the start, he was Sohel-So hell, but now his attitude is So-hail. Nag makes Avinash and Ariyana apologize to Sohel and complaints Divi about her sweeping style.

Nag praises Avinash's comedy. The red team of Ariyana from the previous week gets a chance to make a deal and wear the dress Monal wore. Ariyana accepts it and wears it.

Blue team of Noel got the chance, and one of them needed to shave their head. Amma accepted it, and Noel shaves his head, as winning this would give Amma immunity for the following week.

Lasya, Noel and Harika are declared as safe.

Nag gathers opinions of housemates about fellow mates. Opinion about a person is read, and they were to find who gave them that tag.

Avinash gets the tag as the wildest person during Task, and he guesses it rightly as Divi's opinion. Mehboob gives Kumar Sai the tag as the most selfish person in the house, and Kumar Sai agrees with it. Lasya gets the tag as a person with a fake smile, which she wrongly predicts as Divi to give it, but in reality, Amma gives that.

Abhijeet gest the tag as a most arrogant person, and he wrongly predicts Monal and Akhil, but Divi gives it, and she tries to justify her stance. Akhil asks Abhi to stop accusing him of every wrong that happens to him. Noel gets the tag as a mean friend, which Avinash gives, but Noel wrongly predicts it as Amma and Divi.

Ariyana gets the tag as the person crossing the limits and being impulsive, which Mehboob gives her, but she wrongly predicts it as Lasya and Monal.

Divi gets the tag as an arrogant, rude, disrespectful person from Monal, but Divi wrongly predicts this as Avinash or Lasya. On knowing the truth, Divi gets into a heated argument with Monal. Nag takes Monal's side in the argument.

Akhil gets the tag as a person with the wrong assumptions, and Akhil cleverly skips Abhi and chooses Kumar Sai, even though it is apparent that Akhil knew it was Abhi.

Monal gets the tag as a liar, which Abhijeet gives her, and she wrongly predicts it as Ariyana and Divi who gave it.

Amma gets the tag as manipulative, which Abhi gives him, but he wrongly predicts it to be Ariyana or Divi's opinion. 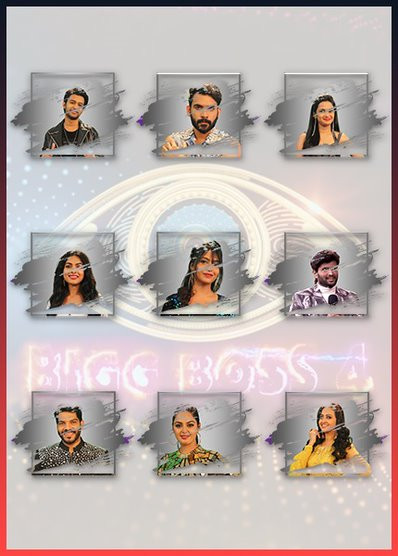 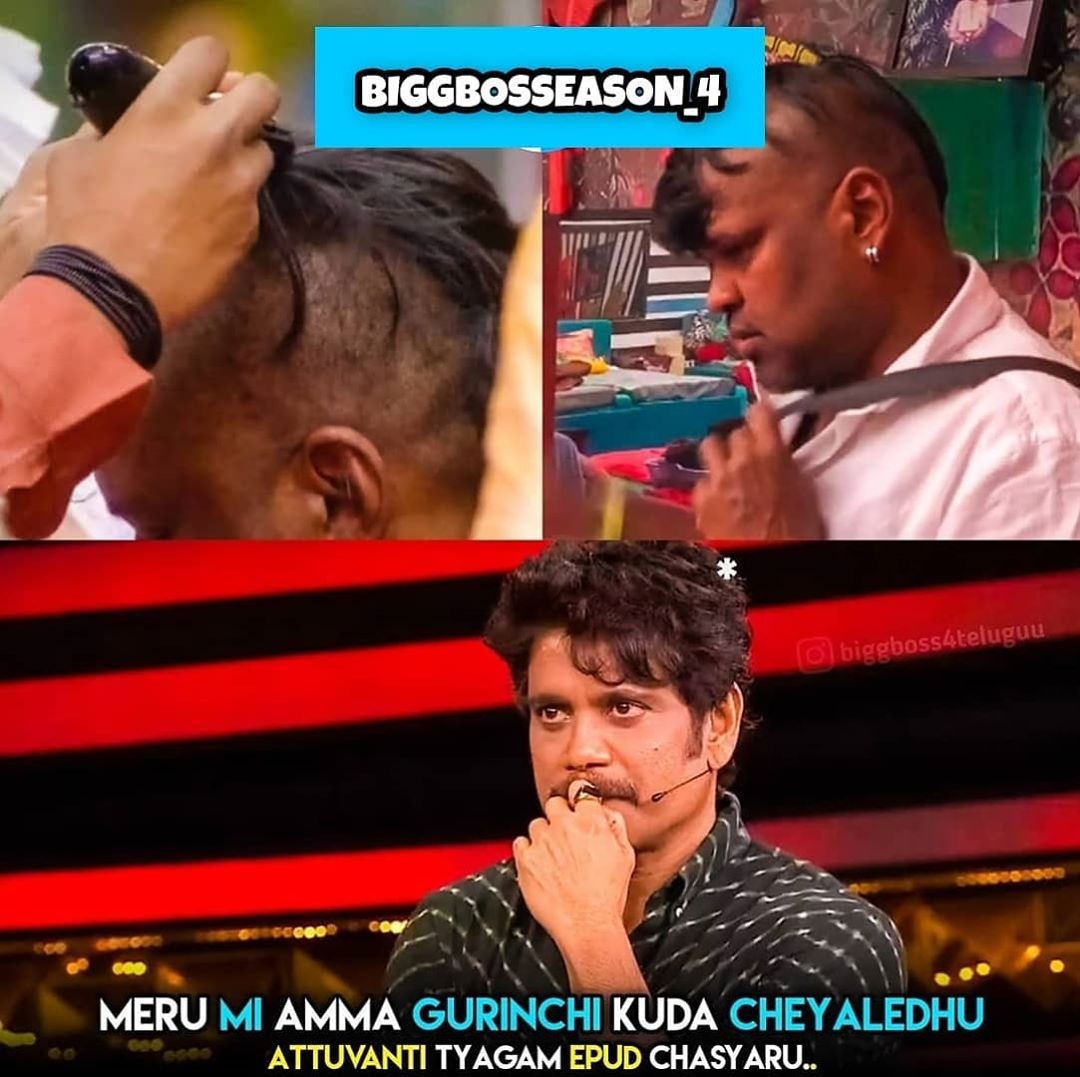 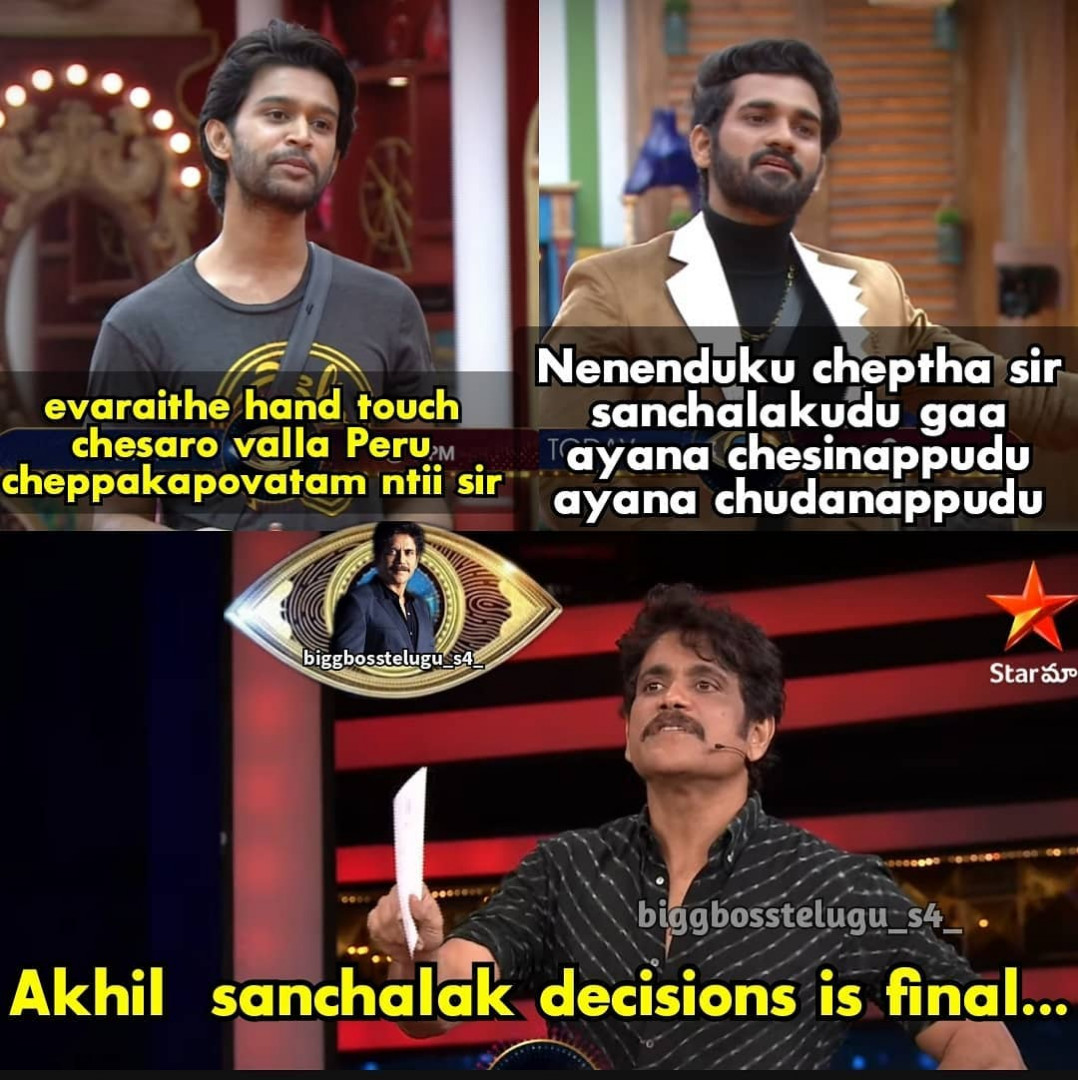 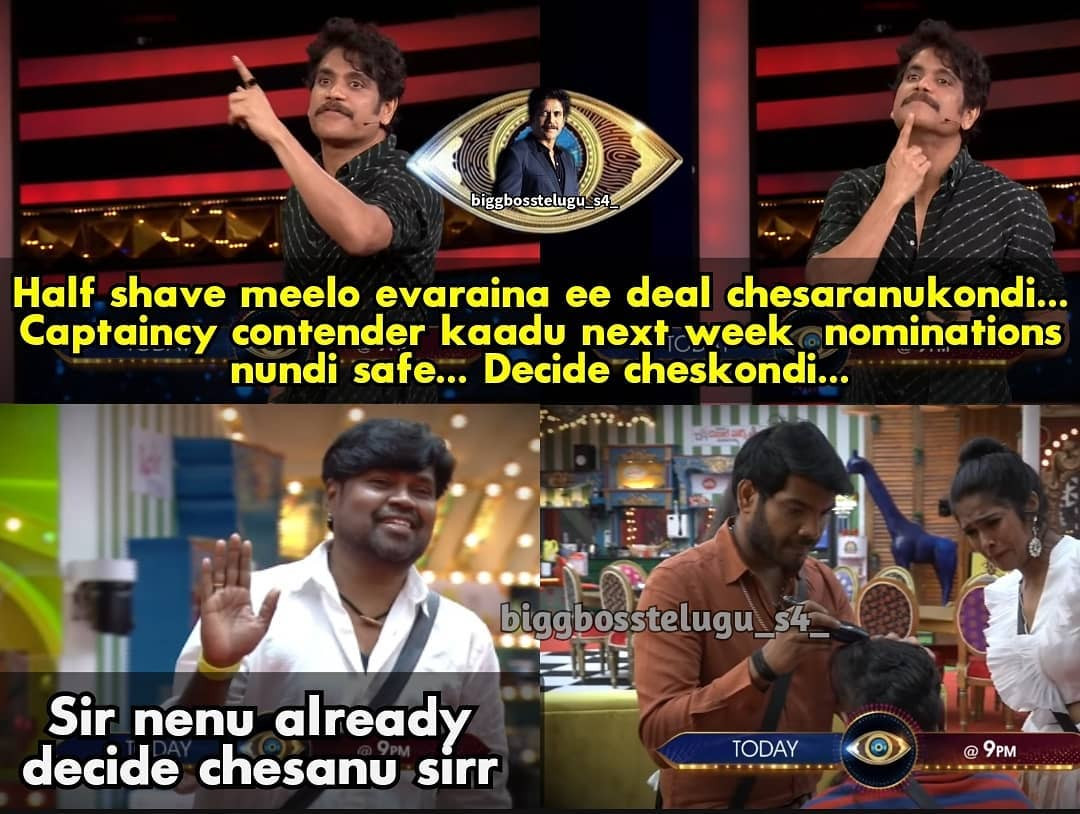 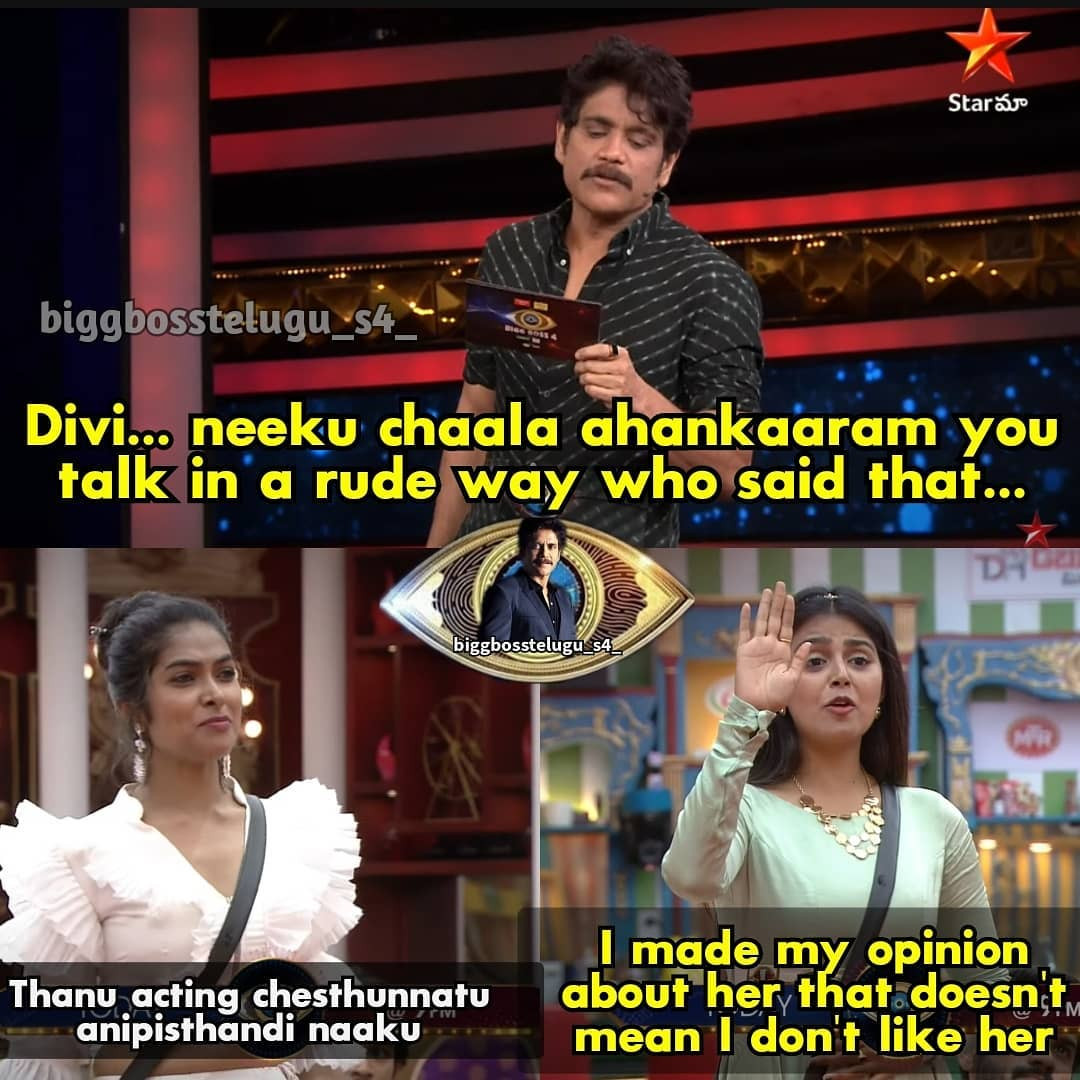 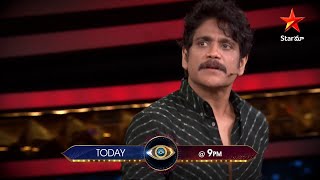 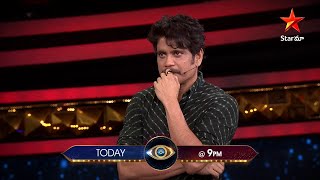 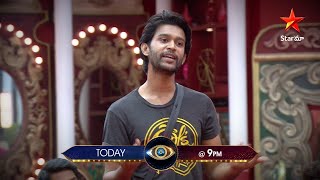 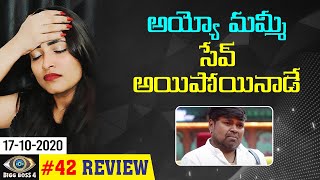