Telugu 12th Oct, 2020 1h 19min Reality Show
Have you ever seen garlands made with chilies? If not, see today in the elimination process and know who gets maximum chili garlands.
CRITIC 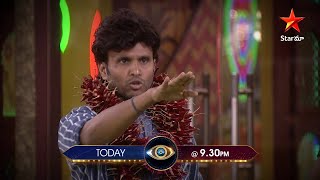 Nomination Process Is Going To Be Spicy 🌶️ #BiggBossTelugu4 Today At 9:30 PM On #StarMaa 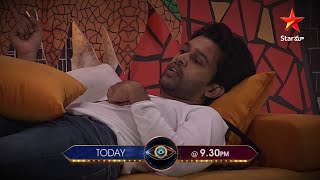 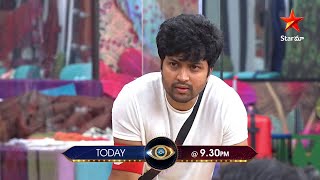 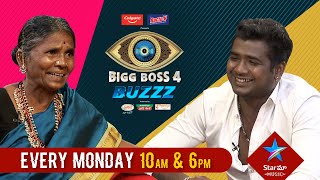 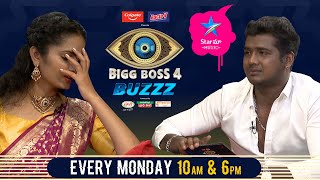 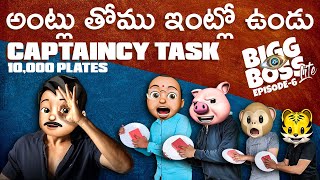 The day 36 Bigg Boss Telugu 4 aired on October 12th began with the members waking up to Bigg Boss tunes. An usual day with daily chores from the Kitchen and with the regular gossip about other team members began.

Sohel is assigned the job of cleaning vessels for the entire week, as part of the big bomb.

Amma Rajasekhar and Sohel had difference of opinion over washing personal dishes and Sohel was onto his nerves yet again. Although, Sohel argued with Amma but didn't blow it out of proportion obliging with Nagarjuna's warning on Sunday.

Mehboob and Ariyana tried to bring a solution to the issue Sohel had with Amma, but Mehboob was only successful in providing one. Sohel didn’t heed into Ariyana's solution which made her furious.

Monal was not in good health and medica at the site administered her medication through IV line. Monal tried to sort her differences with Abhijeet but to her avail id didn't work out.

It was Abhijeet's Birthday and Ariyana was the show stopper who was all pumped up throughout the celebration. They made a cake with the resources they had. Every one participated in the celebration except for Akhil.

It was time for selecting candidates for elimination. To spice up elimination Bigg Boss came forward with Garlands made of Red hot chilies .

Every member had to garland the nominee they feel should be sent out of the house with a reason. As usual most of the reasons seemed to be trivial. The voting began with Ariyana who nominated Mehboob and Monal. Out of the twelve 9 contestants got nominated.

Sohel at a point seemed obvious to lose his temper yet again but somehow managed it this time. An outburst of emotion between Akhil and Abhijeet seemed obvious but Sunday's warning thwarted it.

The twist in the tale was Bigg Boss empowering captain of the house to save a member from the nominations and Sohel without a second thought saved Mehboob. With nominations ending Monal, Ariyana, Abhijeet, Kumar, Divi, Akhil, Noel, Lasya and Harika are nominated for the coming weekend nomination.

Have you ever seen garlands made with chilies? If not, see today in the elimination process and know who gets maximum chili garlands.