Telugu 10th Oct, 2020 1h 11min Reality Show
9 members nominated for elimination. Who's in the danger zone and who's not? Watch today to know who leaves the BB House...
CRITIC 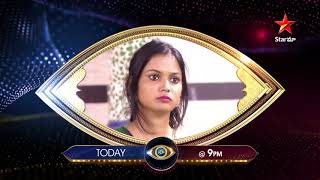 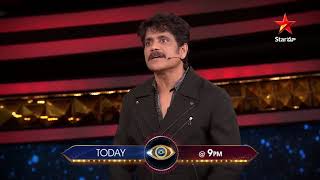 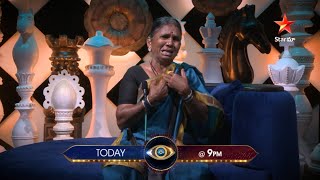 #Gangavva House Nundi Vellipothunda?? Do You Agree Or Disagree?? #BiggBossTelugu4 Today At 9 PM 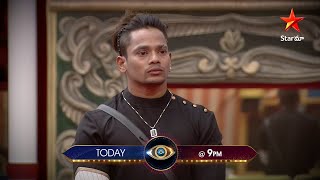 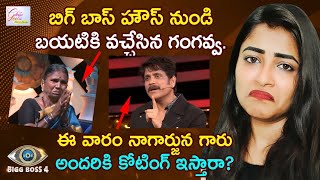 The latest episode of Bigg Boss 4 Telugu day 34 on October 10th began with Bigg Boss warning members for not sticking to the house rulebooks. Speaking in Telugu, house tidiness and ration maintenance were even addressed.

Akhil and Monal holding hands talk regarding who are his friends here (BB House). She says Akhil that she feels good when he enquires about her. The members next did a promotional task.

The host talked to members and next about Akhil, Abhijeet and Monal’s episode. Nag also ordered Abhijeet not to talk about educational matters. Noel said that he attempted apologizing to Amma regarding why he proposed him, however, Amma defended why he didn’t accept the apology.

Nag pointed out at Sohel saying his aggressive mannerism is looking unpleasant and advised him to mentor ways. He also warned Mehboob for using mean language and asked him to mend his words.

The first person to be saved was Sohel as he was the house captain.

Gangavva before quitting the show due to bad health also voiced out about the same and her inability to perform well. House members bid farewell and wished her a speedy recovery. She got excited after seeing her journey and expressed gratitude and happiness for the opportunity she got.

Interacting with the members, Gangavva stated that Harika is sometimes moody, Sohel is a bit tempered man, Amma is the ray of the house, Monal is a hardworking and innocent person, and Ariana is a kind-hearted, jovial and independent woman.

Gangavva speaking about Lasya said that she looked after her well. About Akhil, she said that he is favourite of her and that she wished adopting him.

She advised Noel to get married soon and wished every member good luck.

Gangavva saved Akhil before leaving the house while the members gave her a standing salutation.

9 members nominated for elimination. Who's in the danger zone and who's not? Watch today to know who leaves the BB House...