Telugu 07th Oct, 2020 1h 21min Reality Show
Amma and Abhijeet are getting punished. Who else would get it in the BB HOTEL task? What's the condition of Abhijeet?
CRITIC 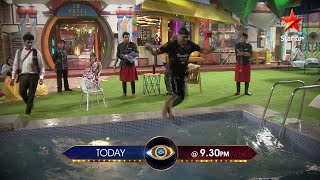 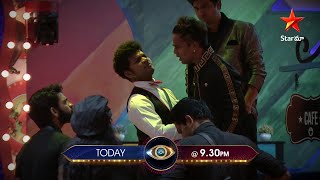 #Mehboob Warns The Housemates #BiggBossTelugu4 Today At 9:30 PM On #StarMaa 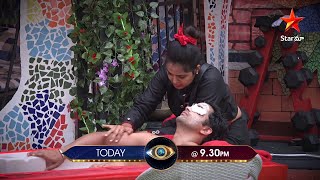 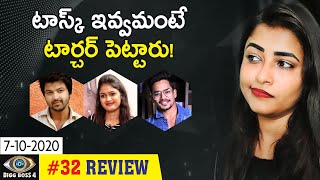 Bigg Boss Telugu 4 day 31 episode on October 7th continued with the BB Hotel task. The hotel staff earned tips by doing the tasks given by guests.

Avinash to an extent was successful in his secret task by dropping a pin secretly in the items served, often offending them and initiating arguments in the house. At one point, most of the staff decided not serving the guests as Sohel and Mehaboob were not tipping.

Mehaboob lambasted the staff for their disobedience and not serving him food. Akhil, Avinash and other members seriously resisted Mehaboob’s language while Sohel directly pointed out to his language. Mehaboob, later on, apologised personally for his language.

Harika impressed by the staff’s service gave a star (reward) much against her teammates’ will. The hotel task saw an unexpected twist after Harika awarded 5 stars to Abhijeet during their casual talk at night. Abhijeet stated that their team can now be declared winners as she passed on all the 5 stars. To this, Harika explained to Bigg Boss that they were awarded only 1 star by her. Amma and Abhijeet checked the rule book and came to a conclusion that they can claim victory technically even if 1 visitor awarded them all the 5 stars.

Later when Abhijeet once again proclaimed that Harika gave all the 5 stars to him she became emotional and wept. Further, she complained to Bigg Boss regarding their unjustified claim.

There was also a discussion about this between Amma and Abhijeet. Abhijeet felt that Amma breached his promise made to support him for the captaincy by declining to halt cooking for the guests. Monal said to Abhijeet that Amma wants to favour Divi's captaincy.

Sujatha, who had differences with Amma’s meddling with cooking, hid main cooking material so that Amma cannot cook any dish.

Amma and Abhijeet are getting punished. Who else would get it in the BB HOTEL task? What's the condition of Abhijeet?