Telugu 06th Oct, 2020 1h 10min Reality Show
Akhil & Abhijeet are trying best to convince Monal. Will their apologies pacify Monal? When will she clam down?
CRITIC 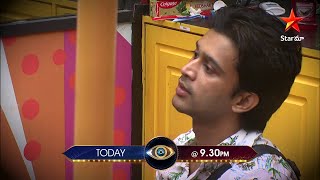 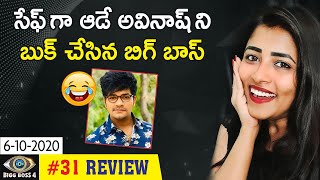 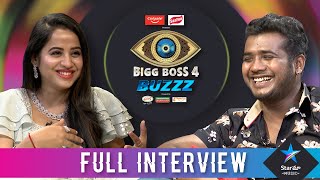 The day 30 Bigg Boss Telugu 4 latest episode on October 6th began with Lasya crying when Divi alleged that the dhal she cooked made everyone sick. However, Divi apologised to her comment later on.

Abhijeet apologised to Monal & later both decided not to speak about each other before others. Akhil also consoled her at night and explained to her that she gave him the right to talk regarding her and he did it for her good.

Both Sohel and Amma were upset with Mehaboob and Noel respectively as both didn’t like the latter two members’ way during the elimination task.

Bigg Boss gave a secret task to Avinash in the confession room and according to it, he must play on behalf of the visitors in the BB Hotel task despite being a staff member of the hotel. He should ruin minimum 10 challenges and services of the staff members and make sure that they (Team hotel staff) do not win. Based on this performance he will either have captain eligibility or go through harsh consequences. He should also notify the cameras regarding his activity during this.

As per the captaincy task - ‘BB Grand Hotel’, the hotel staff members team must protect the hotel from not going into the hands of rich people. The staff must impress visitors and get 5 stars to save the hotel. Visitors should give them challenges and if teammates failed manager should do.

Mehaboob, Harika, Sohel are the guests(visitors) while Gangavva is 'Queen Mother' and Ariyana is the princess.

Harika is disappointed by Avinash’s reception. Mehaboob and Sohel get a funny reply from Abhijeet when they order chicken pakoda.

Ariyana complains that the manager tried to touch her improperly and as a penalty, she asks him to fill water in a bucket using a spoon.

Guests tell Abhijeet (manager) that although they are playing together, awarding stars to them (hotel staff) would be on individual choice. Amma doesn’t agree and argues with Mehaboob and Sohel. Abhijeet mocks Sohel by showing his team members the stars in his pocket.

Akhil & Abhijeet are trying best to convince Monal. Will their apologies pacify Monal? When will she clam down?