Telugu 05th Oct, 2020 1h 17min Reality Show
A fierce argument between Akhil & Abhijeet about Monal-the woman in their hearts. Sadly, their love is her pain. Watch today, what happens next…?
CRITIC 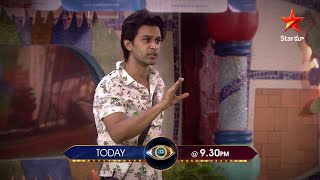 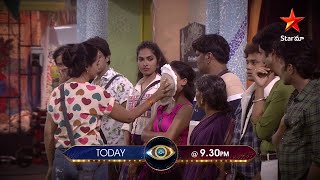 Tonight Nominations Are Going To Be On A Serious Note #BiggBossTelugu4 Today At 9:30 PM 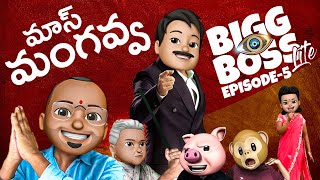 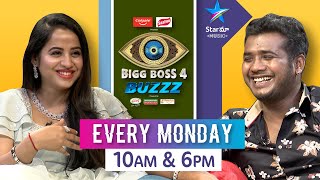 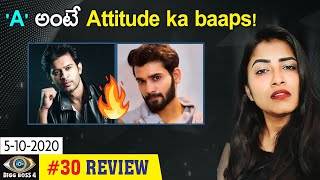 The latest day 29 Bigg Boss Telugu 4 episode on October 6th was totally about nominations task and never seen severe fights that never happened till now. According to the task, members had to apply the foam on 2 members whom they wished to nominate saying their reasons.

The biggest row took place when Akhil began the task by nominating Amma Rajasekhar and Abhijeet. Akhil made a harsh jibe at Akhil and insulted him on the grounds of qualification and age. He even pointed out at Amma saying he’s biased.

The biggest ever dispute on the show in this session began with Abhijeet’s nomination of Akhil. Both had heated discussions and their discussions were mainly centred about Monal which unfortunately went the wrong way.

With their exchange of words, Monal broke down emotionally and begged both of them to stop. She went weeping and requested them not to drag her between their arguments and tint dark spot on her character. She suggested them to talk and sort out their issues instead of making her the focal point.

Noel nominated Amma Rajasekhar stating that Swathi could not get going in the show just because Amma nominated her and this led to a heated exchange of words. Noel also nominated Sohel in the last minute.

A fierce argument between Akhil & Abhijeet about Monal-the woman in their hearts. Sadly, their love is her pain. Watch today, what happens next…?