Telugu 28th Sep, 2020 1h 11min Reality Show
It is just a few hours. One is going to get murdered in the nomination task. Who is that unlucky person to be nominated for the 4th week elimination ?
CRITIC 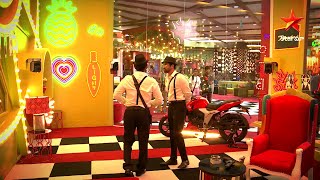 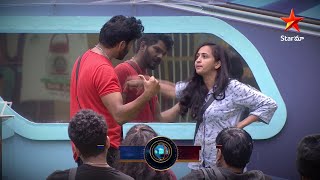 Heated Discussion Between #Lasya And #Noel #BiggBossTelugu4 Today At 9:30 PM On @StarMaa 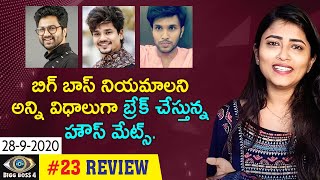 The day 22 episode on September 27th began with Swathi Deekshith doing navarasas in the Morning Masti task. She performed 1 navarasa act with each member. Noel and Lasya tussled in a performance relied on the back talking whilst Avinash and Gangavva acted a comedy skit.

Avinash and Ariyana had scuffle while Lasya and Sohail relished their chemistry. Avinash stated that he likes female members’ attention of the house, with this everyone laughed.

The members as per the nomination task had to run into the sitting room after every buzzing of total 5 buzzers. The earliest person to get there received an offer to negotiate with 2 hitmen, Sohail and Akhil to kill (elimination nomination) the member they wanted to. The hitman who first grabs the property (gun) upon the buzz had to kill.

Sohail got nominated for the week’s elimination as he couldn’t earn money higher than Akhil being a hitman. At the task’s end, Harika was nominated by Akhil, the triumphant hitman.

Ariyana and Gangavva were not in the list of nominations for this week as the former got immunity from eliminated member Devi Nagavalli who dropped a positive 'Bigg Bomb' and the latter received immunity being the house captain.

Sohail and Mehaboob thought Swathi being a wild card participant had a clear benefit and for the same reason, Amma Rajasekhar selected her. Swathi talking to Abhijeet, defended that she requires time to socialize with the house members.

Mehaboob speaking to Divi said that that he was always the nomination choice to Ariyana. The duo along with Amma discuss regarding nominations.

Kumar Sai, when asked by Mehaboob to involve in all tasks, he defended his strategy.

It is just a few hours. One is going to get murdered in the nomination task. Who is that unlucky person to be nominated for the 4th week elimination ?