Telugu 25th Sep, 2020
Is it time to welcome a guest or new wild card entrant? Who's that gorgeous beauty in light purple attire? Watch today as the suspense reveals.
CRITIC 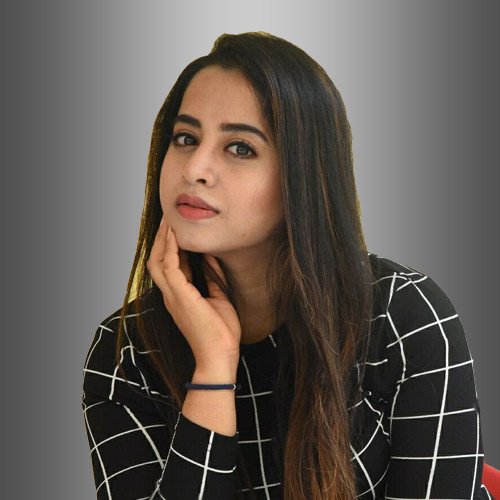 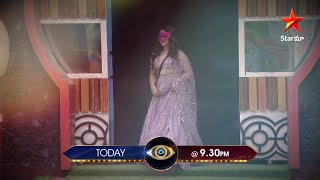 Guest Or New Entry ?? Wait And Watch #BiggBossTelugu4 Today At 9:30 PM On #StarMaa 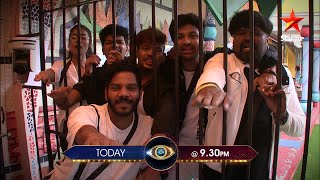 Housemates In Chill Mode!!! #BiggBossTelugu4 Today At 9:30 PM On #StarMaa 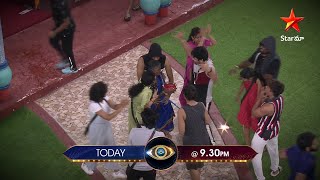 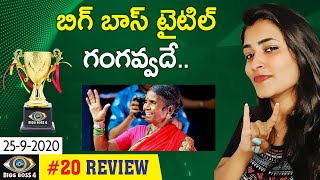 The day 19 episode of Bigg Boss Telugu 4 on 25th September began with Divi and Amma Rajasekhar saying to Abhijeet about why they were hurt with his kidnap plot in the Ukku Hrudayam task. Later, Amma Rajasekhar and Abhijeet put an end to the argument.

Noel, who was placed in the prison for turning out to be the worst player of the task was released. The house members celebrated the release of him and gave a grand welcome.

The members were entertained by Gangavva. She imitated everybody who got emotional and aggressive through the task.

The captaincy competitors in the Rangupaduddi Jagratha task were asked to protect their bowls containing a coloured liquid and in this task, Gangavva emerged the winner. As the result, she was made the new house captain.

Monal Gajjar gave Abhijeet a lovely surprise by revealing to him that she adores him. She even said that in the last night she and Noel were talking about the same.

Bigg Boss lambasted the house members for paying a deaf ear to his instructions and breaking the directions of the house. Bigg Boss cancelled the housemates’ luxury budget points besides levying a cut-down on the week’s ration. This sudden punishment embarrassed the housemates who expressed apologizes to Bigg Boss.

Swathi Deekshith, the new wild card contender entered the BB house dancing to the famous Butta Bomma song of Allu Arjun. She assigned a task to every male member of the house. As part of the task, each one tried their best by doing some act to win her impression.

Swathi, later on, opened the lounge room together with Akhil, Noel Sean, Avinash and Amma Rajasekhar who impressed her in the task. She partied with them as the remaining house members saw them enjoy.

Is it time to welcome a guest or new wild card entrant? Who's that gorgeous beauty in light purple attire? Watch today as the suspense reveals.