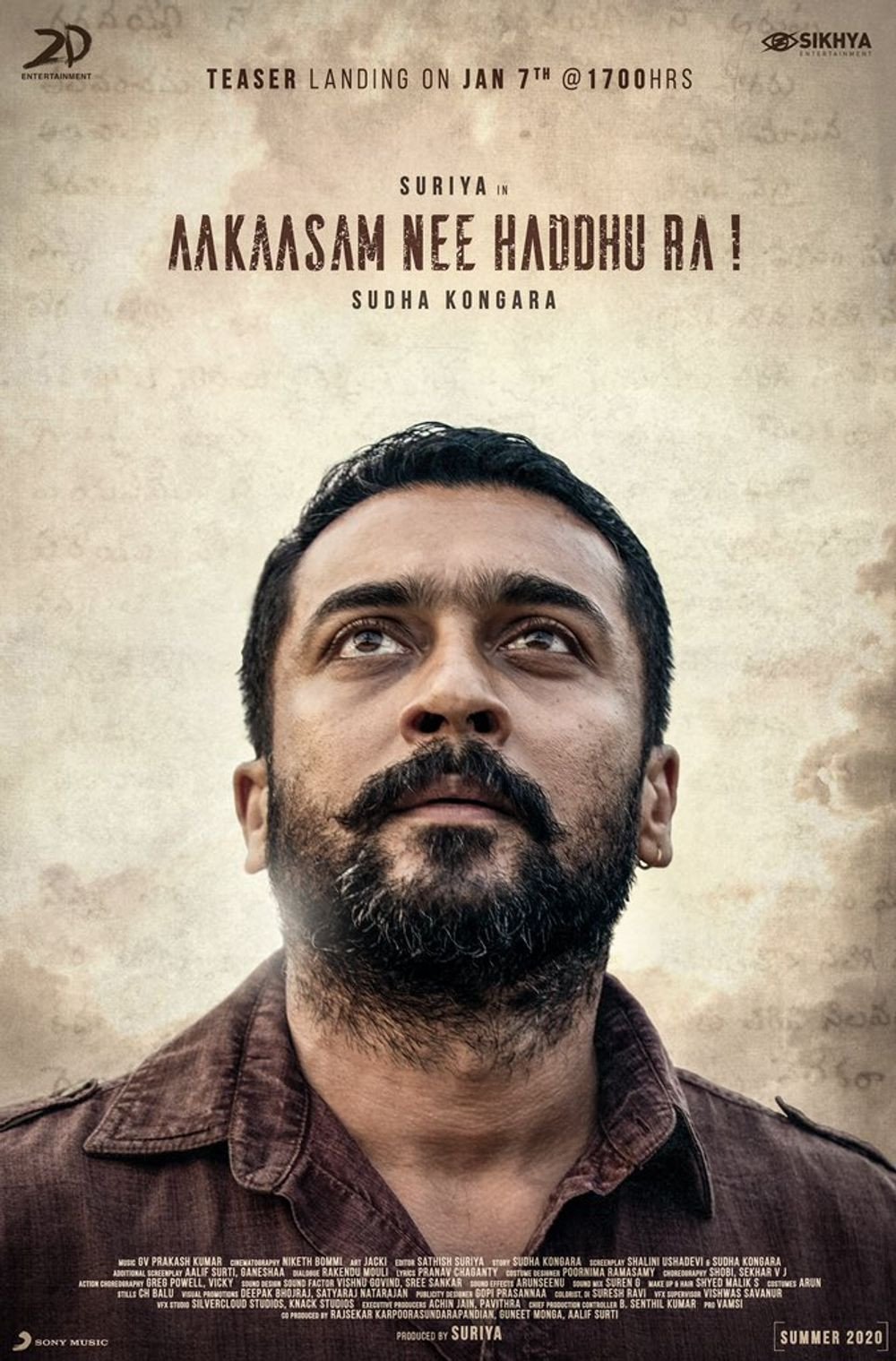 Maha (Suriya), who is the son of a School Teacher learns from a very young age to fight for the rights of the common man. He always dreams of letting a common man fly at the lowest cost possible. He works as an Airforce officer but resigns it in the view to fulfil his dreams. All, Maha know is fulfilling his dreams but he is not aware of the corporate politics that are in the capital-intensive industry. Mr. Goswami of Jaz airlines becomes his nemesis from setting up Deccan air. How does he fight it out against all the odds in setting up the airline industry of his dreams forms the story?

Suriya was exceptional in his role, well supported by senior actress Urvashi as his mother. The movie based on the book 'Simply Fly' is the best adaptations so far Tollywood has seen.

All credit must be given to the director of the movie Sudha Kongara, who has executed the plot in the best possible way. Although the first half seems interesting the second half of the movie looks a bit dragged.

The writers of the flick worked hard and are evident from the execution of the film. The supporting cast comprising of Kaali, Urvashi, Achyuth Kumar, ‘Poo’ Ram, Vivek Prasanna, and others have done a pretty decent job.

G. V. Prakash Kumar has given a good background score, not all the songs are impressive except one or two. A terrific performance from Mohan Babu, in a few of the scenes he has enacted, would become much talked about performance for time to come.

Undoubtedly, a treat for Suriya fans who have been waiting for a blockbuster from him. With this movie, Suriya will sign off the year 2020 with flying colours.

A must watch Diwali blockbuster with the entire Family.