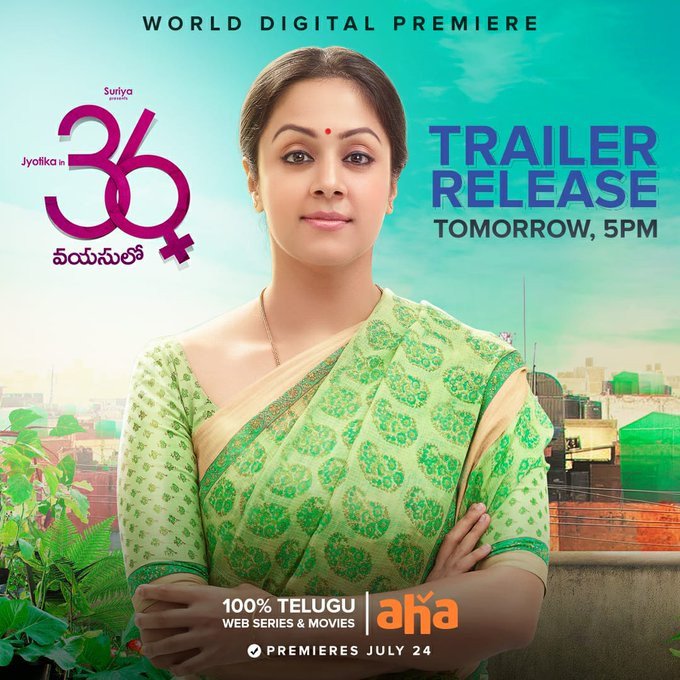 Vasanthi (Jyothika), a 36-year-old housewife wishes to fly to Ireland and settle along with her husband (Rahman) and 13 years old daughter. In the meantime, she receives a call from the President of India to meet him, which she, unfortunately, messes due to untimely fainting. From then on she becomes an object of mockery both to her family and the world around her. While she is a big joke over the internet, her family members settle in Ireland leaving her alone for depression. How Vasanthi, a single & shunned housewife turns out to be a successful businesswoman with the help of her friend, why President calls her and how she wins back her family and the world is the story you have to watch.

A comeback film for Jyothika produced by her husband, Suriya. This original Tamil movie is all about Jyothika and women empowerment. And without any further mention, she performed well as usual. Every housewife watching the movie will identify herself with Vasanthi.

Jyothika fitted well as Indian housewife and has expressed emotions well. Rahman’s acting is good but characterized by too much negativity. R. Diwakaran gave appropriate visuals and the production values are top-notch. Applauds to Suriya and director Rosshan Andrrews, both of them have stretched that extra mile for the movie. Telugu dubbing looks native.

The drawbacks: The first 30 minutes look dragging while too many plots make the climax forced.

Watchable once due to Jyothika.