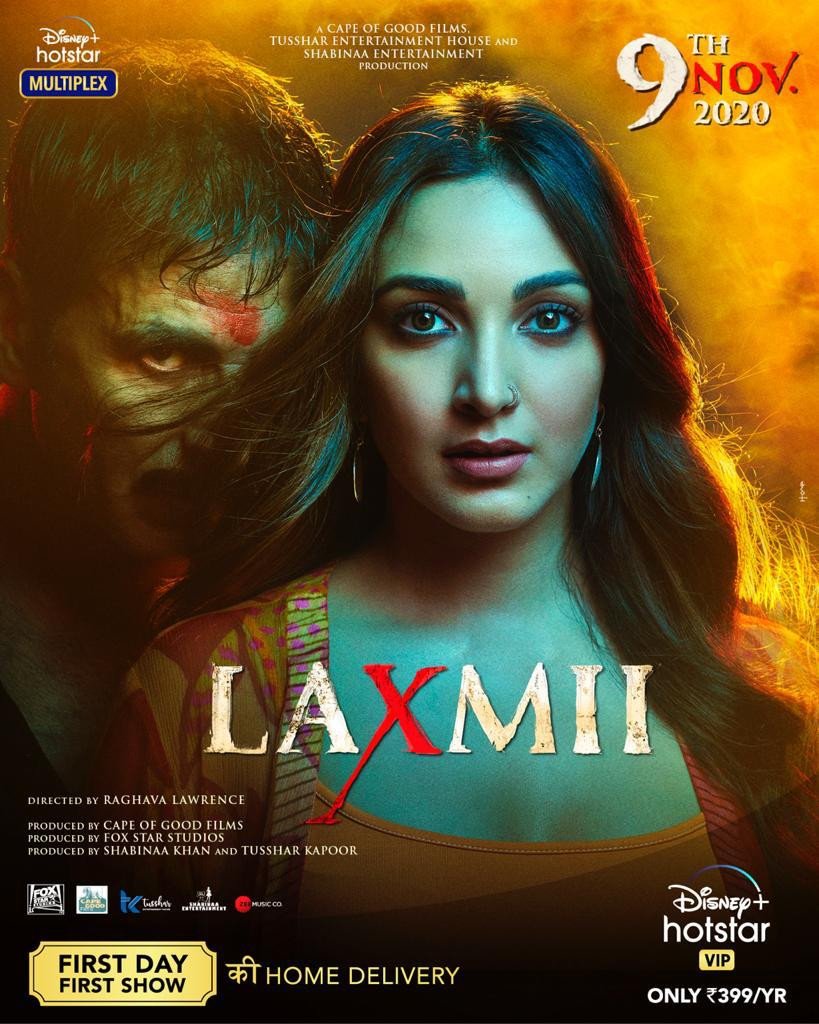 2
(Critic)
Not Rated
(User)
Back To Movie

Akshay Kumar and Kiara Advani are married couples, they visit the latter's home to impress them and mend the relations. Akshay does not believe in the existence of ghosts and even claims that the day he comes across one, he’ll wear bangles. He keeps exposing fake Babas and bats for the non-existence of the ghosts. Well, it turns out that he does come across a ghost in the house he visits and not only he ends up wearing bangles but transforms himself into a lady as he’s possessed by the ghost of Laxmii. Who is this ghost? What is her plight? How she avenges her cause of death? forms the remaining part of the story.

Horror comedies are on a rise at the moment with most of the movies released on OTT platforms. Laxmii is the remake of the Lawrence starrer Kanchana released in 2011. Laxmii is directed by Raghava Lawrence himself.

A decent act by Raghava who ventured into Bollywood with this movie. When compared to the actual movie released in 2011, this movie is no match in terms of action, sequencing, or the screenplay. Although, the screenplay is the same for both the movies the original one was much better.

Akshay Kumar, Kaira Advani has done a good job, especially Akshay putting up a better show with the transgender act. The rest of the cast have done seemingly well with the comedy scenes. Sharad Kelkar as the transgender and Tarun Arora as a corrupt politician were exceptional.

The horror part is something that doesn't live up to the expectation of the audience. Things would have been much better had there been changes made in the screenplay and also if they were cautious about picking the right cast.

A horror-comedy which is less in horror and comedy as well. A one-time watch, apt for the weekend.